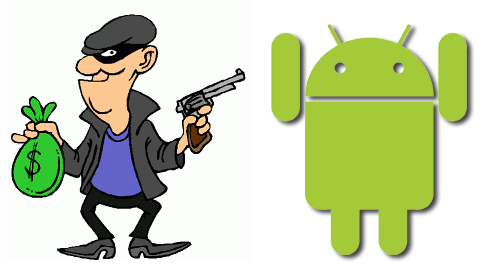 The Google Android operating system despite its overwhelming popularity has been exposed big time by hackers. This system that was developed based on Linux has shown itself to be easy prey for hackers and that is a worrying factor for many users. Its popularity and because it is free does make it an easy target but there are other inherent weaknesses that need resolution as well.

So what are the problems?

The malware creators have a wide area to play and have made the best of them. With over 40,000 malware compromises already reported, the Android system rates a very poor third when compared to Windows and Apple systems.

It all surfaced in June when reports of an SMS worm that could be propagated through Android gadgets broke out. One of the challenges faced by Android developers and handset makers when coming out with better versions is that they are not able to quickly upgrade their systems to counter any new or existing malware threat that has already been tackled through the new update.

The consequence is that you have low priced handsets carrying previous versions and therefore more susceptible to such malware attacks. One of the primary reasons for its huge success is also becoming its bug bear. Android has been able to penetrate more than 80% of the market riding on its price competitiveness and many free apps. However, that is now becoming an issue for it to handle due to fragmentation issues when it comes to upgrading of versions.

The month of July confirmed suspicions about Android devices having a security flaw in their architecture. Researchers reported finding naked selfies and other data on phones that had been discarded by their users. These users had deleted stuff on their gadgets assuming nobody would be able to look at them and thinking that the factory reset option would sort things out. However, that was not the case and many of the devices had stuff that was accessible to the researchers. It meant there was an encryption flaw in Android.

The Gmail application too has not been spared. Researchers have found a similar flaw that makes it quite easy for malware creators to get access to personal information. The malware they are able to insert in the email app is able to extract data. While this is possible also on the iPhone and on Windows phones, both Apple and Microsoft at least have very strong security procedures in place before they allow apps on their devices and are thus able to deal with such threats more efficiently and quickly. The Google Play Store unfortunately is not as diligent.

So Should Users Be Concerned?

Surely, there is cause for concern and Google has to put in place stronger controls to ensure no app can easily enter its ecosystem. Users must also install anti-malware to tackle this security breach and should not take things with complacency.