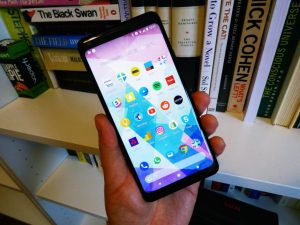 The new features included within the Android include so many things but the most important topic of discussion is the SMS Connect that has made things much easy and simple for all the users of Chromebook. The new Android 8.1 Developer has come up with the synchronization of the SMS on the Chromebook and all the Chromebook users love this new feature.

The new Android Developer Preview has introduced the SMS Connect Pre Built APK without the icon of home screen. The users having the preview version can easily launch it through help of activity browser and they can easily open setup screen for the SMS Connect. This thing has not been made live yet but this will come up with only setup and so you don’t have to do any further action.

According to the Folks that have spotted the new feature, it is basically the service which is layered within first Android 8.1 preview. The new features actually enable all the Android users to easily reply and read the texts over their Chromebook. Once this feature is made live, the users of the Chromebook will be able to set it up easily on their Nexus or the Pixel phones. With the help of this outstanding feature, the users of the Chrombook will be able to get the text messages directly to their Chromebook from the phone and it will also help them to read and reply immediately. According to the first few impressions, it seems like the feature will come up with some integrated application that is going to offer all the users to check messages on the Chromebook.

The option of the SMS Connect is still available within the Chromebook as if the Chromebook users want to check it out, simply type “Chrome://flags” within address bar and then they can toggle the “Enable Multidevice features” after that restart their OS and find new “SMS Connect” option within the menu of settings. This new option is actually currently disabled and this is why nothing is going to happen when the android user is going to toggle it.

Most probably, the Google is going to enable the feature on their Chrome OS such that all the users of Chromebook can easily take the advantage of the new shared functionality in between the Chromebook and the phone. It has also been observed by the experts that the interface as well as the design of the SMS Connect screen looks like it can connect it to the set up process of device. It carries blue buttons, white screen and one circular image motif which can easily repair with the existing setup screen device.