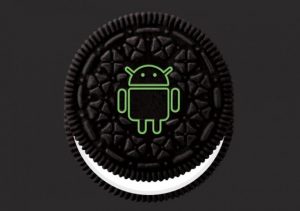 It is only one day that we have been introduced with the preview of Android 8.1 Oreo and Google has introduced the most amazing features in its preview with the expected release date rolling out in the market.

As it was expected, the latest Android 8.1 Oreo has come up with the best update which has introduced the new features within Oreo first version. The most amazing and exciting news was that Google has been moved to the newer level for enabling the Pixel Visual Core image processing SoC.

The new Android 8.1 Oreo developer preview has come up with the launch of the new ‘Neutral Networks API’ and according to Google; they are going to offer applications with the acceleration of hardware for a large number of Smartphone operations.

As the Pixel Visual Core is not yet activated by the company, it is assumed that the Neutral Networks API are going to offer any third party developer for the initial build-up of Pixel Visual Core function within their application of the Android 8.1 final release. This is finally going to offer the HDR along with the shooting apart from the camera application of the Google.

When is the Android 8.1 Oreo actually going to release?

The other changes introduced within the Android 8.1 developer preview were highly aesthetic and they have come up with the Quick Settings panel, Power menu and the main setting interface. All of them are getting the visual tweaks.

More importantly, one other most important feature introduced in the Android 8.1 Oreo is the addition of the Android Oreo Easter egg which actually shows the O icon of stock orange being replaced with the real Android Branded Oreo Cookie. If you want this version in your phone then it can be easily accessed with the tapping of the Android Version for nearly seven times within the About Phone section of the Android settings.

The preview of the Android 8.1 Oreo developer is only exclusively limited to the few selected devices of pixel especially all the new Pixel 2 and Pixel 2 XL. But the users interested in the Android Preview can easily download it if they have the compatible hardware. The download of the Google Android 8.1 developer preview requires only some instructions that you can easily go with. The preview of the Android can be easily updated with either the manual flash of the system image over the device that you are using or it can also enable the OTA preview for the update. So, if you have the Android device then download the latest preview and enjoy the perks.