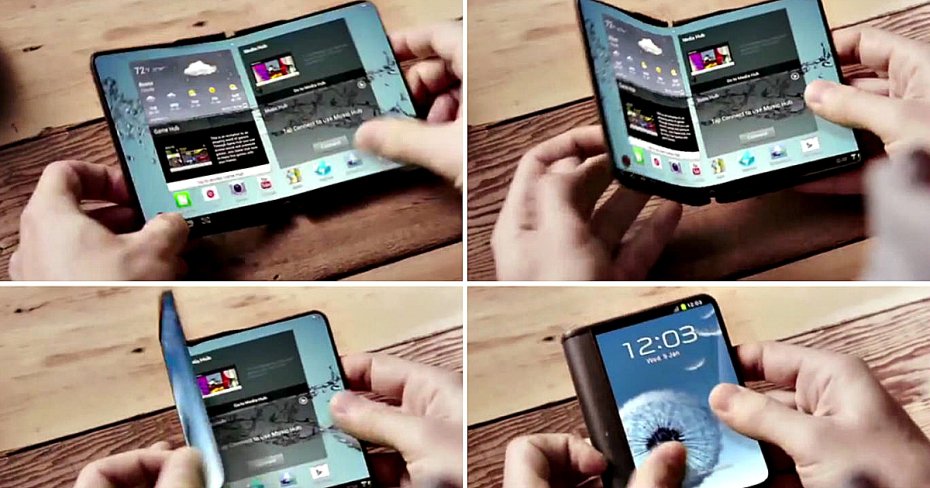 We’ve been hearing about bendable Androids as far back as 2013. But is 2016 the first year we could start to see foldable Androids on the market?

We know that Samsung has been playing around with the idea of foldable phones and tablets for some time now.

Yes, According to One Group of Analysts

According to one group of analysts at HSBC, 2016 will be the year Samsung finally launches its foldable Android smartphones and tablets.

Samsung is reportedly planning on launches the foldable devices as early as Q2 2016.

Clearly, Samsung knows it needs a major game changer. Samsung’s market share is being chipped away from slews of other hungry Android smartphone manufacturers. It needs something big to regain some of its market share.

Could a foldable Android smartphone or tablet be the answer?

The biggest advantage of a foldable device would be being able to store a large display in a small area. think of a device the size of a smartphone that could roll out into a full-size tablet when you needed it.

Will It Actually Happen?

If bendable Samsungs are released in 2016, it would be a huge surprise to basically everyone (except, I guess, the market analysts at HSBC).

We’ve known that Samsung has been cooking up something unique for a little while now. But for them to release something as crazy as a bendable phone would be totally out of left field.

Typically, at this point, we would have heard reports of phones being manufactured at Asian factories, or other leaks going out to tech sites.

But hey, you never know.