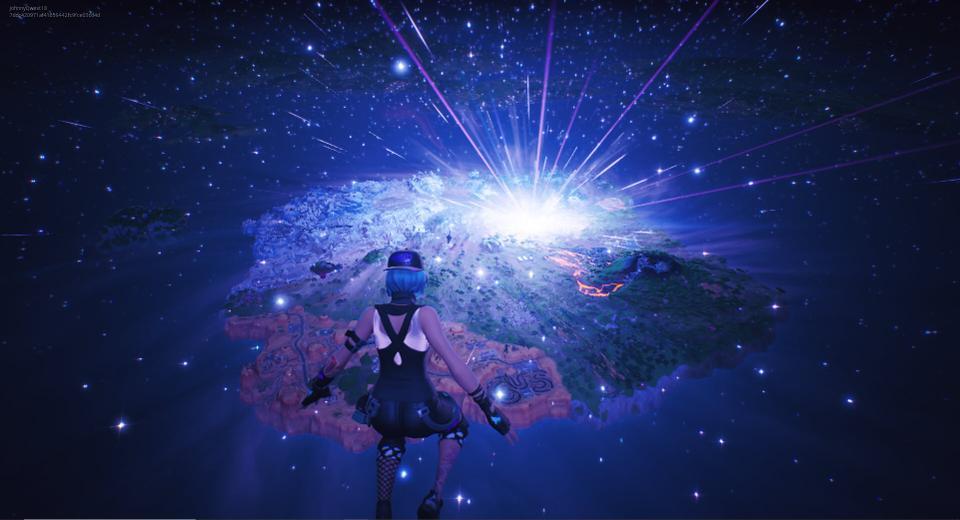 Fortnite Chapter 1, which is now on its 10th season, is finally ending with a massive ending event which could turn to be the end of the current Fornite world (map). Soon, Fortnite Chapter 2 will take over and here’s everything we know so far.

The rumor started when a reliable leaker Skin-Tracker found a leaked Fortnite Chapter 2: Season 1 Battle Pass trailer. The video was quickly removed on Twitter though, indicating that Fortnite might’ve probably warned the user that it’s supposed to be a surprise. Well, too late because a number of details were already revealed.

Spoiler Alert: stop reading now if you want to experience the change to occur naturally. Obviously, Fortnite doesn’t want this leaked in the first place.

First, let’s look on how Chapter 1 will end. The Season 10 ending event kicked off on October 13 with the launch of the rocket. The rocket entered a rift and teleported around the sky for a few seconds. Then, several more rockets appeared in the sky and all of them entered into a single final rift. Then, reappeared one by one and coalesced into a rift beneath the meteor suspended above Dusty Depot. The meteor itself entered the rift soon after, before six rockets and the meteor appeared above Loot Lake.

A singularity appeared to absorb the impact of the meteor, but it seems to have failed. The resulting explosion pushed players into the sky, then created a black hole that sucked literally everything into oblivion.

Afterwards, Fortnite disappeared. Not just the island, but the entire game disappeared from the internet. All previous Twitter posts were removed and replaced with a single black hole picture. Instagram, Twitch, YouTube, and even the game’s official website also displays the ominous black hole. Even players in the lobby weren’t safe from the event. The singularity pulled in players from the lobby, as well as all elements of the user interface.

In short, Fortnite is really overdoing it.

A series of numbers has appeared around the black hole, which fans have decoded into the following message: “I was not alone. Others are outside the loop. This was not calculated. The zero point is now inevitable.”

There is nothing left for Fortnite as of now. The only thing you’ll see on the game’s official YouTube and Twitch channels is a black hole which has been live streaming for more than 16 hours already.

If there’s something major noticeable about the leaked Fortnite Chapter 2: Season 1 trailer, it would be the new aquatic content including a brand-new boat vehicle that holds several players. It also suggests there are now other ways to level up in the game through collecting resources, or even fishing.

Players can now also swim along with other action additions such as diving, stealth (hiding on dumpsters and other objects), carrying downed teammates, and more skins! Some skins that were seen in the trailer are a white ninja with a ball-like backpack, a Loot Llama pogo stick, and red and blue slime monsters.

Additionally, an Italian app store showed another photo leak of Fortnite Chapter 2 showing three players standing on the edge of a cliff, gazing at a new world with big bodies of water.

A data miner also uncovered that the next chapter will kick-off this week. More than 10 new points of interest have been discovered in the game’s code, which represents a much bigger change than the previous seasons.