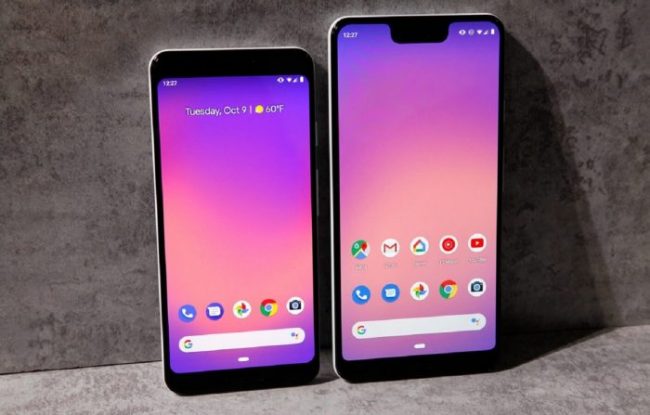 Google Pixel 3 and Pixel 3 XL finally launched two days ago and we can finally confirm in the flesh if the leaks from Google and other sources are true.

The first thing we’ve noticed is the specs were almost cloned from its predecessor – Google Pixel 2. There’s a 4GB of RAM and storage starting from 64GB. The processor, however, was improved from the Snapdragon 835 to the newer 845.

Looking back to the Pixel 2 XL, users were disappointed because of the poor display on a larger screen. But, that controversy will be all in the past with the Pixel 3 XL.

The new Pixel phone still uses the same LG-made OLED panel but fixed the poor display issue. DisplayMate on Twitter also announced that the Pixel 3 and 3 XL screen display got an A+ rating and, at the same time, gets the DisplayMate Best Smartphone Award.

You get 400+ nots of brightness for both models, less color shifting, and 2x less burn-in potential.

How to Hide the Notch

Apparently, no matter how cool the Pixel display is, there’s still that big notch that most people want to get rid of. Luckily, Google heard our plea and decided to include a feature to hide the notch. Here’s how:

Hiding the notch will move the top status bar down the notch and cover the old status bar area with black. In other words, you get a smaller screen. But, it still looks good. In fact, in my opinion, it adds some symmetry to the device because it has considerable big bezels at the bottom. Blacking out the notch area somehow balanced things out.

This trick is not guaranteed to work on third-party apps from the Play Store. Some apps are compatible with the changes made to the developer options, and some aren’t. So, expect that the notch will appear and disappear depending on the app you used.

There’s another cool feature the Google Pixel 3 and Pixel 3 XL have that’s worth mentioning.

While the Pixel 2 phone features a “Do Not Disturb” mode when inside a vehicle, the new Pixel 3 will automatically turn on Android Auto when you connect the device to your vehicle’s Bluetooth or when it simply detects you’re inside the car.

You can choose for Android Auto to launch either when you connect using Bluetooth or let the phone detect when you are in a moving vehicle. Of course, the first option is more convenient to avoid your phone from connecting to other vehicles in case you take the bus or gets a lift by a friend.

So, there you go. Google Pixel 3 and 3 XL is an awesome phone indeed. We couldn’t expect less from one of the biggest companies in the world.