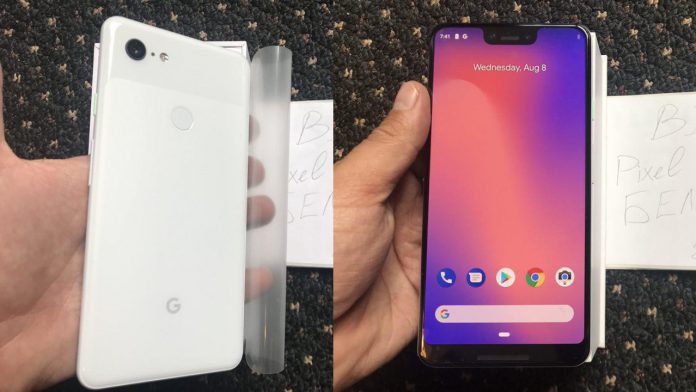 A Ukranian YouTuber, who previously provided Google Pixel 3 XL leaks, released a new video of the “official” specs of the upcoming device causing an underwhelming reaction online with a lot of thumbs down and sad emojis.

The video showcased that the new Google Pixel 3 XL will have a 6.7-inch screen with not just a notch, but an enormous crater, a 3,430 mAh battery, a single 12.2 MP rear camera, an out-of-nowhere and unexplainable triple front-facing camera at 8.1 MP each, 4 GB of RAM, 64 GB of storage, and powered by Qualcomm Snapdragon 845.

Among every spec that was mentioned, the last is probably the only one that makes sense for an over $900 phone.

Google obviously got their fair share of negative reactions from netizens both Android fans and not. The alleged specs of the Google Pixel 3 XL, if indeed legit, could raise more eyebrows than sales for the multi-billion company.

First of all, fans anticipated a better Pixel phone since Android Pie is already on the roll. Who would’ve thought that Google will release a new flagship poorer than its ancestors? The new Pixel 3 XL has noticeable a smaller battery than the Google Pixel 2 XL which doesn’t make sense. They should’ve focused more on upgrading not downgrading.

The leak says it’s 6.7 inches, but it’s not even close, or Ukranian’s just have gigantic hands making big phones look small. The sadder part is, if Google has upgraded at least one thing, that would be the extra-large notch. Although the phone provides the option to turn it off, it eats up 10-15 % of the screen which is a total eyesore.

The Pixel XL flagship is the company’s ultra-premium lineup. However, a 4GB RAM and 64GB of storage for an ultra-premium phone don’t exactly fit on the same page. Moreover, it’s over $900 for these specs. Is this a time-traveling phone? Because it would definitely sell in 2014.

The last and definitely the least favorite and most-talked about the issue of the new Pixel phone is the camera setup.

Suddenly, Google decided to equip one rear camera and three front-facing cameras. We know most people love to take selfies, short clips, or vlog even if they’re not vloggers, but it is still insane just to think about it. This will result in poor photography, better selfies.

Does this mark the vlogging generation, or Google purposely aim to amuse vloggers over the majority of its consumers?

Fans are really hoping Google will hear their plea for change. This is not the 2018 Pixel ultra-premium flagship they imagined. Everyone who’s seen the leak already labeled it the worst smartphone in this generation. Google should find that alarming unless they intended to release dirty leaks just to gain exposure.

The leaked specs could be true, or just a marketing strategy. Google never fails to impress. History has proven that the company is flexible to change. And, we really hope this is just one of their crazy marketing strategies. Fingers crossed.