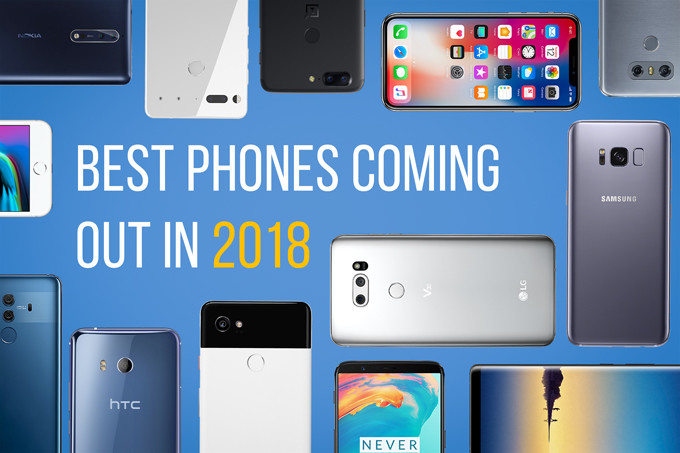 The most controversial Google Pixel 3 and 3 XL just launched yesterday, October 9, and as expected it has an exaggerated notch and bottom bezels.

We are almost mid-way October but we are still anticipating many awesome flagships coming this October. This includes the LG V40 ThinQ and Nokia 7.1 which already launched on October 3 and 4 respectively.

Aside from these three powerful smartphones, here are some of the greatest Android phone flagships launching this October.

Razer Phone 2 is expected to launch today – October 10. The Razer phone is considered as the OG when it comes to gaming phones.

The new Razer Phone 2 comes with incredible specs like the mind-blowing 8GB of RAM. The good thing is we can own it at a very reasonable price. However, the Razer phone came out as exclusive for gamer’s phone only. It only got an average review on its other features like the camera.

It’s not yet clear if the company improved some of its poor features with the Razer Phone 2. What we know is it might be the first device to introduce the Razer Chroma Lighting effects.

The most favorite flagship in 2017 will soon launch its 2018 version this October 16. Although the launch date is official, we are yet to see more of the upcoming Huawei Mate 20 and Mate 20 Pro.

Unlike Google Pixel 3, Huawei is very careful in providing leaks to fans. What we know is the new flagship will also launch the Kirin 980 processor – the first 7-nanometer chipset in an Android Device. This would make the Mate 20 and Mate 20 pro the fastest and most power-efficient device. We also expect that the new Huawei phone will launch with the Huawei Freebuds 2 Pro which can wirelessly charge other devices.

2018 is definitely the year of gaming phones, even Asus is convinced to launch its first gaming phone. The Asus ROG Phone will invade the market starting October 18.

According to Asus’ tweet, the ROG Phone will first launch in New York City before the world. We already had a hands-on review of the flagship last June and there’s no doubt it’s a very powerful gaming phone. It will come in two variants – 128GB of storage or 512GB of storage – priced at $899 and $1,099 respectively.

We assumed that OnePLus 6T will launch earlier than the Asus ROG Phone, however, the company confirmed that the anticipated launch will happen on October 30 also in New York City.

Looking back on the OnePlus 6, it was hailed as the fastest device during its time and was the top-selling in India, we hope to expect the same or even better results with the OnePlus 6T. The new phone will introduce new smartphone features including the in-display fingerprint sensor. Sadly, it has given up on the headphone jack which dismayed some of the fans. Still, it remains as one of the most anticipated phones this 2018.

Samsung is also expected to launch its own flagship on October 11. We just don’t know which one. Our best bet are the Samsung Galaxy A7 and A9 since the company stated that they’re releasing a mid-range phone. I guess we have to wait until tomorrow to find out.