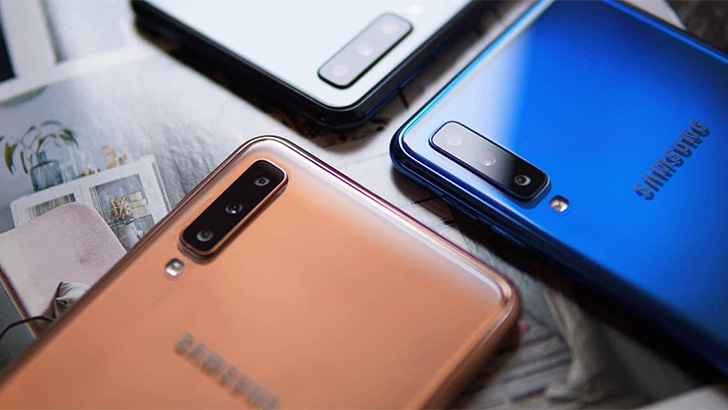 While we’re all eye on the upcoming, highly-anticipated Samsung Galaxy S10 (which is not the foldable phone, by the way), the South Korean company is looking forward to launching three new A-series Android phones in the near future namely – Samsung Galaxy A10, A30, and A50.

MySmartPrice recently leaked the specs of these units and we’re not sure who’s the source. But, MySmartPrice source is usually legit so there’s an 80% chance that this info is legit. Let’s take a look:

Additionally, the rumored specs suggest that the A30 and A50 will feature the Inifinity-U display and its curved display notch for the camera. The lower-end A10 comes with an Infinity-V display featuring a notch with harder edges instead of smooth curves.

It’s safe to say that the A10 is the lowest end of this upcoming A-series featuring the lowest specs possible. On the other hand, the A30 belongs to the mid-range class, and the A50 is good enough to boast to your friends coming with triple rear cameras. The latter even has a higher resolution selfie, and just better overall.

MySmartPrice added that the series may soon launch in India. There is still no news when they will be available all over the globe. It will be at the launch that we can confirm if this leaked information is indeed true, as well as the price.

Meanwhile, the Samsung Galaxy S10 will be launching next week, ahead of the Mobile World Congress 2019. The brand hopes not to disappoint its consumers once more like they did last year. The Samsung Galaxy S9 happened so fast that fans can barely feel it.

The Samsung Galaxy S10 offers many promises, and we hope the company delivers. Moreover, we’re still waiting for that official foldable phone to launch. Samsung promised once more that they will be launching their very own before other brands. It already announced that a working unit is already available, only the mass production remains at work. Until now, we haven’t heard leaked specs of this self-acclaimed foldable phone.