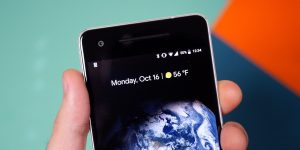 In the amazing preview of Android 8.1 yesterday, a large number of new and loving features have been introduced which have taken the level of Android to the newer stages. The new Pixel 2 introduced within the Android 8.1 has been loaded with the most powerful and unique features that are beyond the imagination of what you thought about the android.

Google is constantly trying to come up with the extras to the older devices running on the Android 8.1. The latest Android update 8.1 which is not yet released officially but Google has allowed its users to download the first preview of the complete setup without any effort.

The installation of the new and the latest version of the Android is one of the easiest tasks for android experts but for the people who are unable to install it, here is the little advice. At first, you have to ensure that the device you are going to use is actually supporting the update.

For the latest things, this is limited to the gadgets owned by Google. And the new version includes Pixel 2 as well as Pixel 2 XL with the last year Pixel and the Pixel XL phone. It also includes the Nexus 6P, Nexus 5X as well as the Pixel C.

When you are completely ready to get the new version of Android in your phone, all you have to do is to head to the website of Android Beta Program and this website will ask you to log in to the Google Account that you are using. Once you have been logged in, you are going to see the page which is explaining the preview system with the section having title ‘Your Eligible Devices’. You can click over the devices that you want the update and this will let your device to start the download of the Android 8.1 preview which will be automatically over air.

Google has not actually revealed the things they are going to surprise with users officially within the new Android 8.1 but it has been updated that the new update is coming up with much more important things that users might have wished for once. Most of the highly amazing features are coming from Pixel 2 whereas some of the features introduced within Android 8.1 Oreo are actually the fixation of the most annoying things within the Android 8.0.

So, the top best feature within the Android 8.1 Oreo is the dark theme according to some sources that are actually introduced by the Google within Pixel 2. In order to switch it on, users simply have to change the wall paper of the home screen to the darker image and the menus as well as the folders are going to change to it automatically. This is great and if you think you are unable to use the phone at night then simply turn this theme on before you are going to sleep.