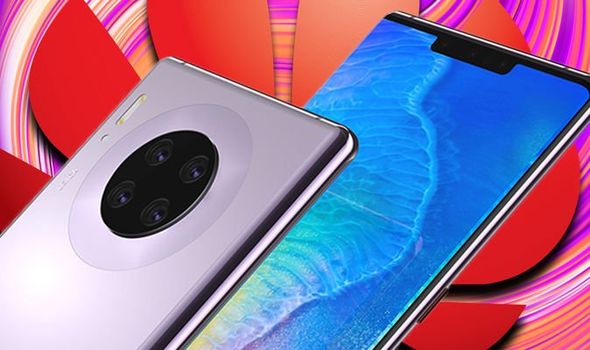 There have been numerous leaks about the Huawei Mate 30 Series from the previous months. At IFA, Huawei announced that the device will be powered by the superfast and the first 5G SoC chip – Kirin 990 and its 5G version. So. We already know that the Huawei Mate 30 series will be fast, but it’s just recently that the company leaked photos of this upcoming flagship.

The photos show that the Mate 30 Pro will have a wide notch for several selfie cameras and other detectors we believe are face unlock sensors. At the back is a rear circular housing of the four cameras.

The standard Mate 30 has a much narrower notch, featuring two cameras and a tiny sensor on the cutout. At the back is the same circular camera housing. There’s no fingerprint scanner on the back, unlike the vanilla Mate 20, so we can assume it’s of the in-display variety this time.

The Mate 30 Lite render shows a phone that looks similar to the standard Mate 20, this time. with a punch-hole cutout instead of a notch. We’ve got last year’s square camera housing and a rear fingerprint scanner too.

The biggest surprise, however, is the Huawei Mate 30 Porsche Design model. Blass’ leaked renders showing a phone with a leather back and Porsche branding. The camera housing forms part of a strip that runs down to the bottom of the phone. The front houses three selfie sensors on the Porsche model, suggesting that there is indeed a notch here. There is also what seems to be a waterfall screen of sorts, looking like a much sharper drop-off than on the Mate 30 Pro.

Huawei has not fully announced the specs of the Huawei Mate 30 series. We only know it’s powered by the Kirin 990. All the renders leaked, except or the Mate 30 Lite, show 5G connectivity icons. This could well be a placeholder graphic, but the Kirin 990 chipset will indeed be available in 4G and 5G variants. Those wanting a 5G Mate 30 series phone might not have to go for the absolute top-end model.

The good news is the Mate 30 series will soon arrive in the market, literally in two days’ time. The device is set to launch this September 19 so we will hear the official details, features, and specifications very soon.

The bad news is Huawei’s battle against the U.S. trade ban is not yet over. So, we cannot expect a Google integration. It’s a shame because most of the Android consumers love using Android due to the Google services it offers. The Chinese brand has previously said it’s investigating the ability for users to install Google services after purchasing the phone.

Huawei will reportedly ship the series with Android Q underneath EMUI 11. It is safe to conclude that the Mate 30 series will not be running on Hongmeng OS but may launch another phone alongside it to finally show the company’s very own OS running on an actual device.