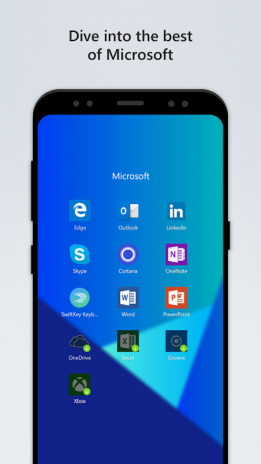 Microsoft Launcher on Android has really pleased the majority of its users on its convenience, functionality, navigation, and other awesome features. Some other Launcher fans even switched to the Microsoft Launcher simply because it’s the best.

On October 2, the app announced its next big update featuring a brand new Your Feed page and added support for Windows Timeline. The Your Feed page is now split into three tabs namely Glance, News, and Timeline. We’re going to discuss each function.

The Glance tab is basically the old Feed page. Keeping the old Feed page is Microsoft’s way of allowing you to enjoy the feature in which you’ve already gotten used to. However, although it serves the same purpose, it now has an upgraded and better UI.

You can still customize and add widgets and reorganize according to your liking. The top of the Feed has been redefined. It now has a cleaner interface that maximizes space. It can now show better notifications and information such as weather, calendar, and even the Microsoft Rewards point.

The News tab is also the same News tab from the older version. Only now the widget now extends out into its own area. You can also say goodbye to the boring news and customize it according to the news you want to hear. For instance, you can filter out the news by categories such as politics, sports, technology, showbiz, etc.

The News widget that was once present alongside the Feed page now has its own section.

Microsoft has been working on the Windows Timeline Support on the Microsoft Launcher on Android for quite some time. Alas! They’ve finally made it work. For beta testing, at least.

The feature is not fully functional yet and still on beta testing, but it’s still good news and very close to actually making it fully functional. To enjoy the feature, you need to sign in into the same Microsoft Account on your PC, phone, or other devices. Your Timeline activity will automatically sync across devices.

The Timeline Support will sync all data including your web browsing history and documents. However, the browsing data will only sync if you’re using Microsoft’s very own “Edge” browser. The developers had not announced yet if they will make the service available to other browsers.

When is the update?