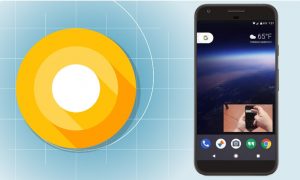 This new feature by Android 8.0 Oreo has come up with the highest level of excitement to all the Netflix and android users as the feature offers the application which plays video such as YouTube to display the small window which plays video on other applications top when you have pressed your home button. This is one of the most amazing alternative to the Android multiple window mode which offers the users only little control on the video which is being showed.

The most common problem linked with the picture in picture mode until this moment is the lacking of the applications which are using it. It was reported within August that the Google Maps are working on it to add the feature. It was appearing that the feature is going to link the Google Apps such as YouTube or Google Chrome but the options are not too much. Now, with preview of Android 8.1 developer, the Netflix is also becoming the part of this series.

For the activation of the Netflix picture in picture feature, all you need to do is the up-gradation of the Android to 8.1 and after that, you have to update the Netflix application so that you can get latest version of the app. After the update of both applications, simply open the app and update the video. After update, hit home button and you will get the pop up of the small window with the video you wanted to watch on the screen. You are free to move it anywhere such that you can watch it easily as you can easily do the other works on your phone as well.

No one actually knows the reality that why the new picture in picture mode has been introduced within Android 8.1 but not within the Android 8.0. It was actually confirmed by few of the sources that this is one of the official feature and it has not happened by mistake as Android was actually aiming to come up with the most stunning feature that is needed by the customers. So, whatever was the real cause, the ultimate and best thing is that the new feature is completely working and is amazing in its own way.

The Android 8.1 has also brought the nice quality of changes for its users to make things easy and simply such as the display of the battery levels of Bluetooth along with the ability to allow the users to disable the most annoying applications running within the back messages. This is how the new Android 8.1 has actually changed different things and heading to come up with more of them.