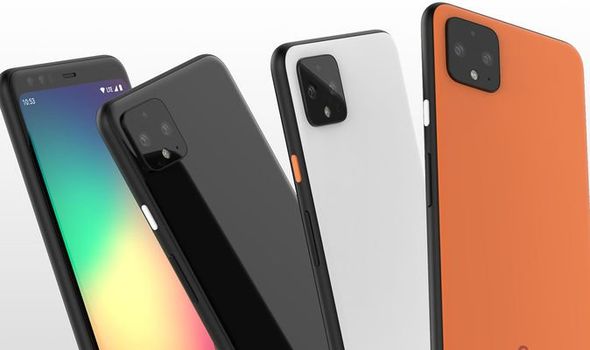 Apple had a big week recently with the launch of its newest flagship – iPhone 11, iPhone 11 Pro, and iPhone 11 Pro Max – along with subscription services such as Apple TV+ and Apple Arcade and a new iPad and Apple Watch.

Honestly, the iPhone 11 isn’t as impressive as everyone hoped, except for the processor, of course. Some rumors suggest that Apple’s biggest competitor, Android, particularly Google’s next flagship launch will be way better than iPhone 11. Here’s every rumor you need to know about Google Pixel 4.

Last week, a leak came out giving us a new information about the Google Pixel 4 camera. 9to5Google’s tipster already claimed it does have a big forehead on the top, housing at least two front-facing camera sensors. Last week’s leak talked about the camera app’s new UI. The settings that you don’t touch too often have been placed in the overlay. There is also a mirroring feature, like the iPhone which should allow you to save a selfie as shot.

We learned that the devices would include a large camera bump on the bac. This is interesting because it makes the upcoming Pixels look almost identical to leaked renders of the 2019 iPhone. Google only teased the back of the phone. However, some leaks show the Google Pixel 4 will have no notch. It also appears to be encased in one of Google’s official fabric cases.

There’s a leak published on YouTube that gave a look of the phone’s hardware and software. Initially, the videos showed a 90Hz display and a new Ambient EQ display setting with a Soli-based motion gestures.

The images also include the triple rear camera system, USB-C port, and the display. According to the user, the Pixel 4’s third time-of-flight rear camera isn’t used for imaging. An apparent picture of the Google Pixel 4 XL surfaced previously, showing a hardware-checking app running on the device. And the app shows that the phone is running the Snapdragon 855 processor. So, don’t expect the marginally upgraded Snapdragon 855 Plus then.

Google was rumored to be working with a face recognition software. And, in fact, Google confirmed it by publishing a video featuring the said rumor. The video shows how the front-facing sensors will include a radar sensor which will add hands-free gestures to the phones. This is the outcome of Google’s previously rumored Project Soli.

It will be running on Android 10 most probably. The leaks show a black and white variant. Sadly, it may not have a headphone jack or a micro SD slot.

Google usually launch the Pixel flagship every October. So, expect to arrive around the first two weeks of the month. As for the price, the phone will probably cost around $700-$1000, or even more, depending on the variant.

Some of these rumors are awesome while a few are discouraging. Let’s hope for the best come October.