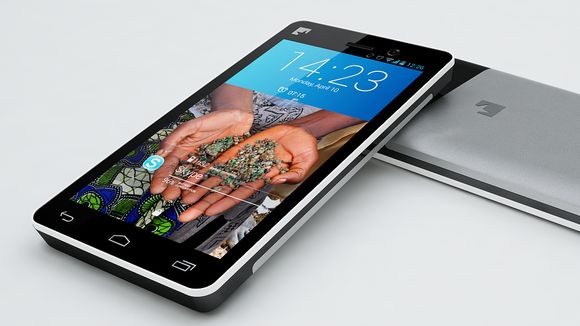 The tech industry has some dirty secrets: electronics companies use cheap labor and resources in developing countries. They use these resources to make devices that the workers themselves could never afford.

There’s nothing really wrong with that: it’s capitalism and an important part of a world with a free market system.

But it does make some people uncomfortable – especially when you hear about things like suicide nets at Apple’s factories in China.

Do you know where your phone came from? Do you know which countries collaborated to create your computer? Probably not. And that’s why something called the Fairphone is changing the way we view our technology.

The creators of the Fairphone describe it as:

What does that even mean? What makes the Fairphone a ‘fair phone’? 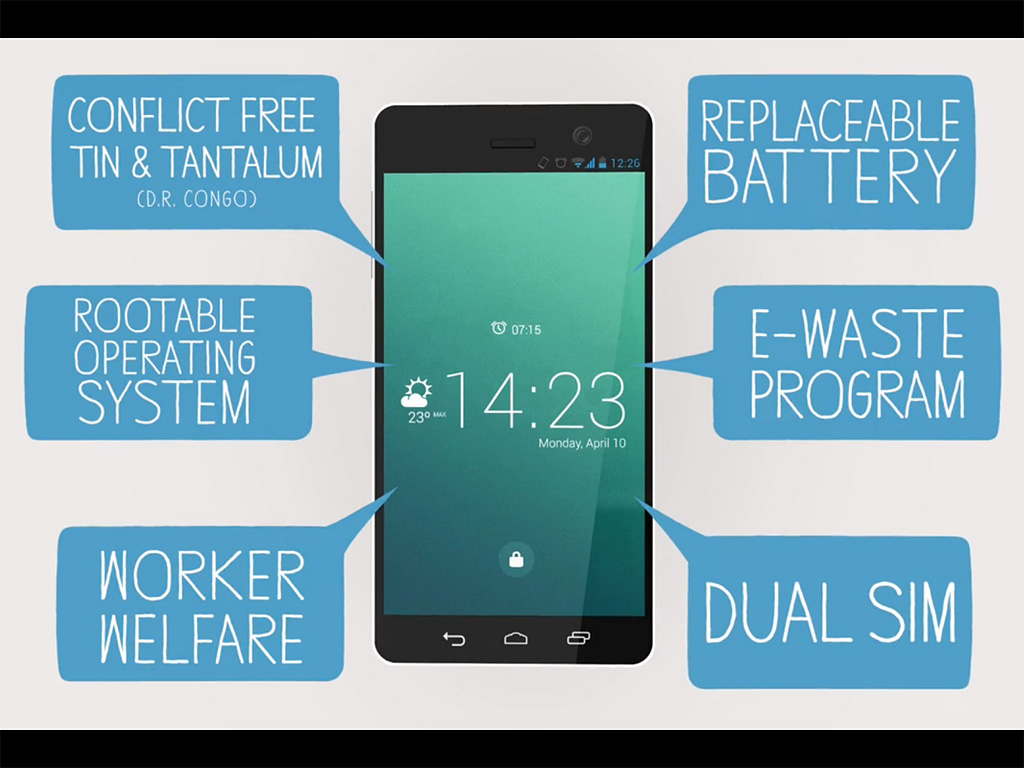 -The Fairphone uses “fair & conflict-free resources”, including tin and titanium from the Democratic Republic of the Congo

Along with having fair components, the Fairphone also has decent technical specs. Here’s what you’ll find under the hood:

-Dragontrail glass screen, which is a protective coating designed to be light, durable, and scratch resistant

-Android 4.2 Jelly Bean modified by the Kwama Corporation (the OS is open source)

-Dual SIM cards, which means you can seamlessly switch between SIM cards and providers on the same phone. One reason why this feature was added was to “increase the phone’s usefulness during the second phase of its life in developing countries.”

-Comes pre-rooted, which means you can remove the default Fairphone operating system and install whatever custom ROM you want

Interestingly enough, the Fairphone doesn’t come with a charger because chargers are bad for the environment. I guess you’re supposed to use your old charger from another Android phone? It also doesn’t include headphones. 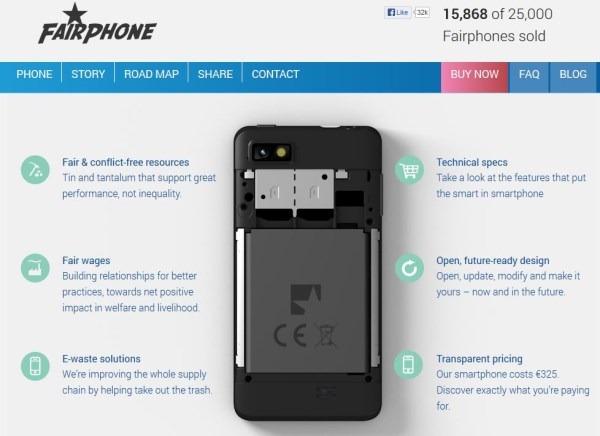 The price of the Fairphone

The Fairphone costs a total of €325. That’s not unreasonable for a modern smartphone, but it does place Fairphone at the upper end of the spectrum. Fortunately for those who are hesitant about the price, Fairphone has published a 100% transparent cost breakdown of the phone: 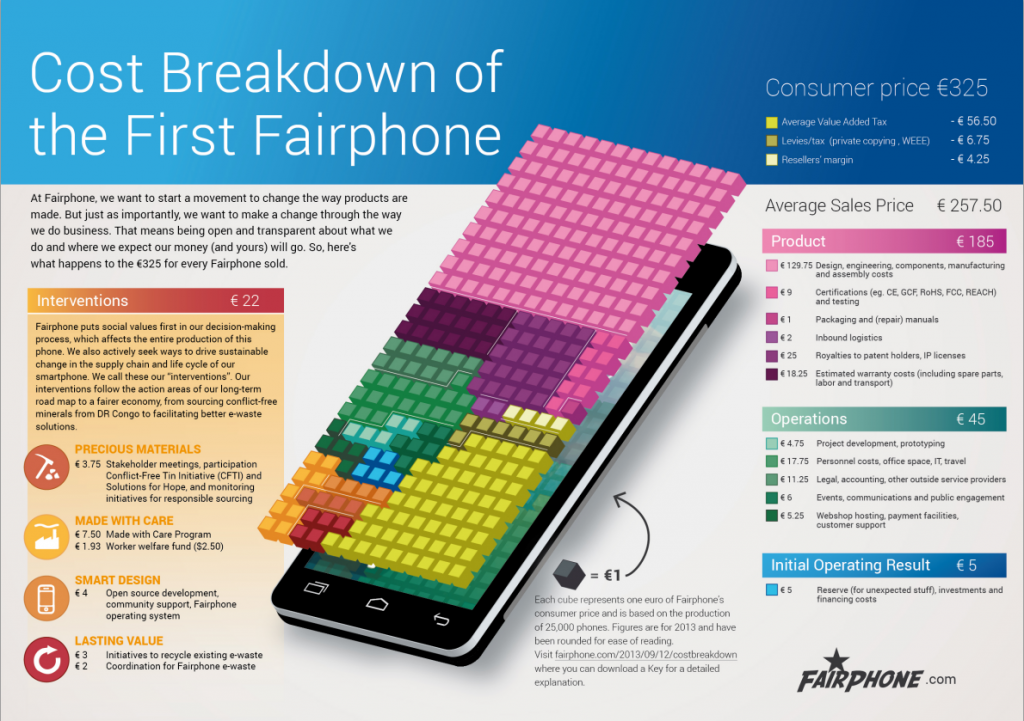 You can read the entire cost breakdown – including detailed information about suppliers, at the Fairphone blog here: http://www.fairphone.com/2013/09/12/costbreakdown/

Reasons to buy a Fairphone

With all of the information listed above, I’ve boiled down this list into three main reasons to buy a Fairphone:

-You like supporting a sustainable future, healthy economic development, fair trade, etc. etc. and don’t mind paying a little more for that

How to buy a Fairphone

As of January 2014, the initial run of 25,000 Fairphones has sold out. 25,000 out of 25,000 Fairphones have been sold, although the developers are encouraging anyone interested in the second edition Fairphone to fill out an application on the site today. That application can be found here: http://fairphone.us5.list-manage.com/subscribe?u=95cc5eadcf0cd460ae347f6f8&id=fd9933becf