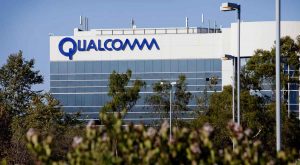 Qualcomm took a nostalgic look back at some of the innovations it made that helped to make Android Operating System have its firsts and also a brief look into its future ventures and goals as the leading provider of SoCs and answers to the problems for the mobile world at the newsroom blog today.

The company, Qualcomm, would like to share a list of its past accomplishments in the mobile arena. The company has been a key foundational player in Android, through its partnerships with OEMs over the past decade since almost its first inception, building the way for new advancements in rapid charging capabilities, LTE radios, and performance chipsets.

According to Qualcomm, its model is all about making the technologies available at all times “as broadly as possible” to the mobile industry by using its licensing program. This includes both larger, more global companies as well as those companies that just started and that are just beginning to offer something to consumers.

The list itself, as Qualcomm informs the public, is not comprehensive in any way. It would be undeniably difficult to outline each and every new innovation the company has brought forward over the past ten years.

The highlights include the “Fast Charging” or “Quick Charging” that the massive majority of modern and latest flagship devices are known for. First used and shown by smartphones such as the HTC One M8, LG V30, and Xiaomi Mi5.

Qualcomm also laid out the first use of Gigabit LTE. The overly famous Samsung Galaxy S8 first used the Gigabit LTE which is an advance put in place despite the fact that most network configurations worldwide still do not support that level of speed, in expectation and preparation of future network enhancements and advancements as well.

Many of the innovations begun by Qualcomm which can be found in the list, which is included below, stay Android platform exclusives still.

The majority of items Qualcomm has included in the list, and nearly all of those it did not, have obviously moved far beyond their initial and expected introductions to become the standards in the modern smartphone world. However, the company also hints that there are far more to come as the technology continues to advance and develop and more demand than ever is placed on smartphones for users’ day to day lives.

Looking to the future, according to the company, it is investing in the discovery of its next big “firsts” in continued collaboration with its OEM and manufacturing partners from the Android world, whether through start-ups, wearables, or whatever else the industry might pursue next. 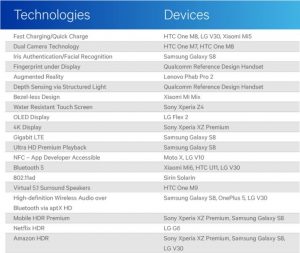