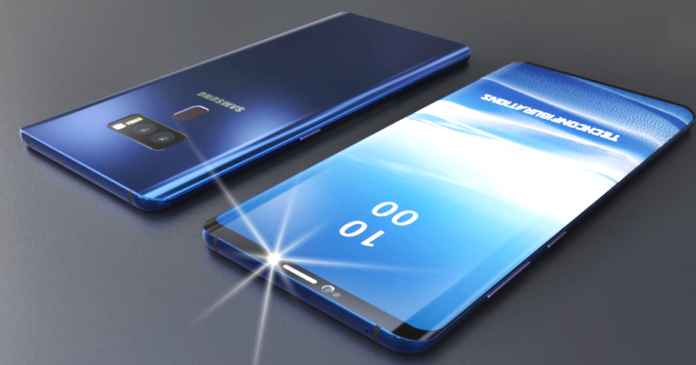 We’ve been waiting for too long on when Samsung will release some details about the most anticipated Galaxy Note 9., or at least give us a sneak peek of what the phone looks like.

The Galaxy Note is supposedly the series where Samsung pours all their latest smartphone techs making it a “must-buy” phone for all tech-savvy. Apparently, we can’t imagine how will the features of the Note 9 since they’ve released the already spectacular Galaxy S9 and S9+ earlier this year.

The company has been secretive about the Note 9 probably hoping to surprise everyone. Samsung must’ve been preparing something great. Apparently, despite the effort of keeping it a secret, leaks are still unstoppable. 91Mobiles and @OnLeaks released a video online on what the Galaxy Note 9 will look like. And to our surprise, it’s so much like its predecessor with a few changes in functionality.

The phone has 6.3-inch infinity display and a thickness of 8.8mm. It has the same curves as the Galaxy Note 8. At the bottom, you’ll see the basic 3.5mm audio socket, USB Type-C, a speaker grille, and an S Pen. Behind are the dual camera and a fingerprint scanner just below it.

We can say from the video if the phone has a notch since it was never turned on. However, we can expect it has. Like all other smartphones in the world. An in-display fingerprint sensor is also not impossible since the iPhone X has it. And we know Apple and Samsung are the greatest rivals in the smartphone market.

According to Bloomberg report, Samsung will be hosting the official unveiling event in New York on August 9. But, no details were still released on what kind of feature we will be expecting. Bloomberg suggests that it will have a much-improved camera and will be powered by the fastest Qualcomm Snapdragon 845. After the unveiling event, the company hopes to officially release the Note 9 to the market by the end of August.

Also, based on previous reports, the brand had already begun production of OLED for the Note 9 last March 29. Everyone was expecting that the phone will be released by July, but as per recent reports, it was extended to August.

Android P or Android Oreo? We could expect it to come with the latter straight out from the box. Android P is still beta and Samsung cannot risk using the Note 9 as a guinea pig for Android P.

As for the pricing, the Galaxy Note 8 once announced at $950 during its initial launch. The new Samsung Galaxy Note 9 may be over $1,000 plus if we’re talking about improved functionality and performance. People are still willing to buy, no matter how expensive, just to experience the latest smartphone or Android features.

There are still two months to go before the Note 9 will be released in the market. That should be long enough for us to decide and save money. I know your hands are itching. We’ll see in two months what this new flagship has in store for us.