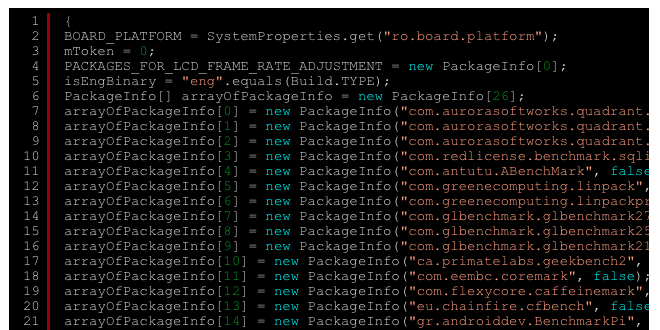 Samsung was recently caught cheating on smartphone benchmarks. This was first revealed with the Galaxy S4 and it continued to emerge with the Note 3. Samsung was found to have included an application called BenchmarkBooster on each of these smartphones that effectively overclocked CPU performance when it detected a benchmark application was running.

Even more interesting is the fact that Samsung isn’t the only Android manufacturer caught cheating on benchmarks. A whole bunch of smartphone manufacturers were found to have included some type of benchmark cheating software on their devices. Interestingly enough, Apple was one manufacturer not on that list.

In spite of the overwhelming evidence, Samsung repeatedly claims that it does not cheat on smartphone benchmarks.

Samsung officially went on record to say that it does not cheat on benchmarks. A company spokesperson said that:

“The Galaxy Note 3 maximises its CPU/GPU frequencies when running features that demand substantial performance. This was not an attempt to exaggerate particular benchmarking results. We remain committed to providing our customers with the best possible user experience.

This denial in the face of facts made Apple mad. Apple’s Phil Schiller recently posted a link on Twitter to one article about the Note 3’s benchmark boosting:

Clearly, Apple is loving the free publicity and the fact that it was not found to have cheated on benchmarks. For the first time in a long time, Android marketing practices seem to be shadier than Apple’s marketing practices. Go figure.

Do you buy Samsung’s claim that they don’t cheat on benchmarks? Or is this just what Samsung has to say when faced with such serious allegations?