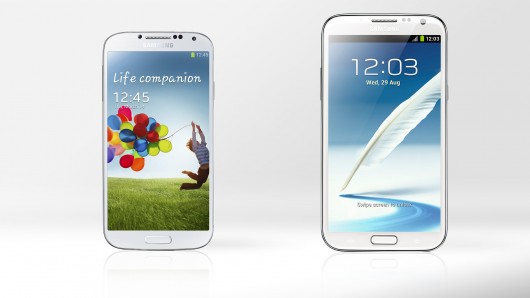 In 2013, Samsung released the Galaxy S4 and the Galaxy Note 3, two high-end phones designed to take the smartphone industry places it had never gone before. 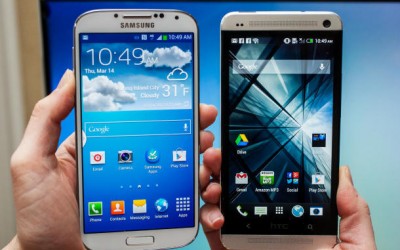 The Galaxy S4 and Note 3 feature nearly identical connectivity options. They both come with all the wireless connectivity you could need (HSDPA, LTE, 802.11 a/b/g/n/ac Wi-Fi, DLNA, NFC, etc.).

There is only one difference between the connection options on the GS4 compared to the Note 3: the Note 3 has microUSB 3.0 while the GS4 uses microUSB 2.0. Most accessories do not yet take advantage of microUSB 3.0 technology, so you’re not going to notice this difference. 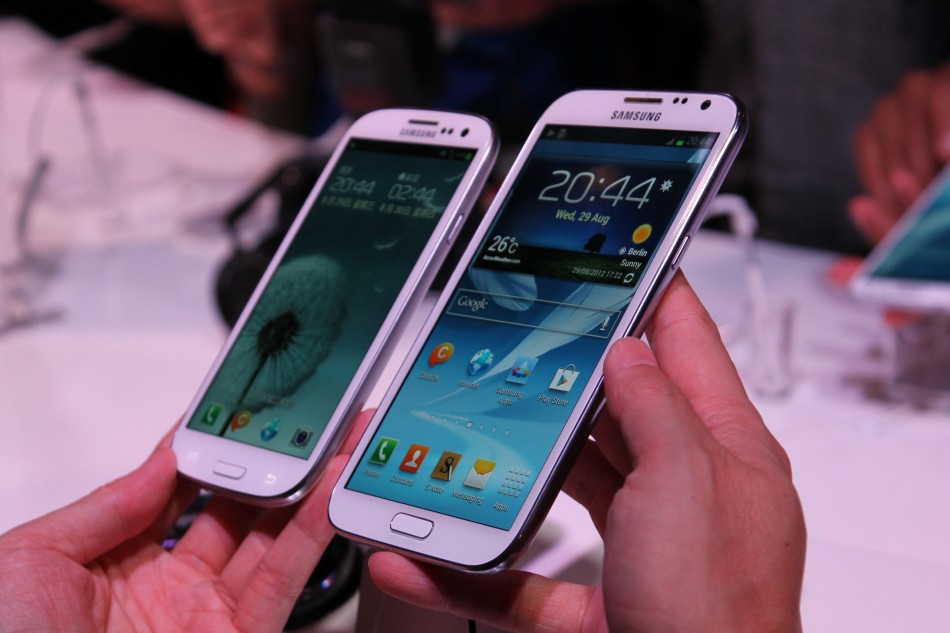 The Note 3 has a bigger screen at the same resolution, so does that automatically make it the winner? Not necessarily. In fact, it’s easy to argue that the opposite is true: since the GS4 squeezes more pixels onto a smaller screen size. This results in higher pixel density and a crisper image.

The display category comes down to what you’re doing with your phone. If you watch movies, play games, and browse the internet on your phone, then the Note 3 will be a great option due to its expansive screen space. But if you’re using your phone for more phone-like activities (like texting, calling, and daily tasks), then the GS4 will provide better image quality on a smaller, more convenient screen. 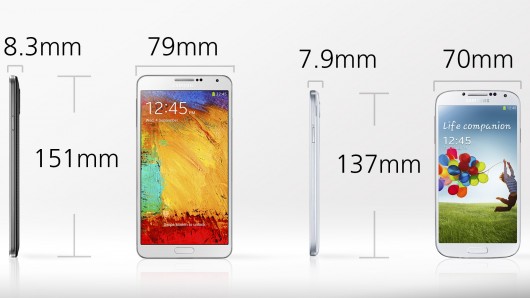 Most people appreciate using smartphones that are thin and light (although I will admit that I like the sturdiness and heavier weight of the Lumia line). With the Note 3 and the GS4, there’s a considerable difference between the dimensions and weight of these two leading smartphones. Namely, the GS4 is 38 grams lighter (130 versus 168) than the Note 3. It’s also thinner. Yes, the Note 3 has a bigger screen space and it must accommodate that, but if you’re looking for a sleek, sexy, and thin smartphone, then the GS4 is tough to beat. 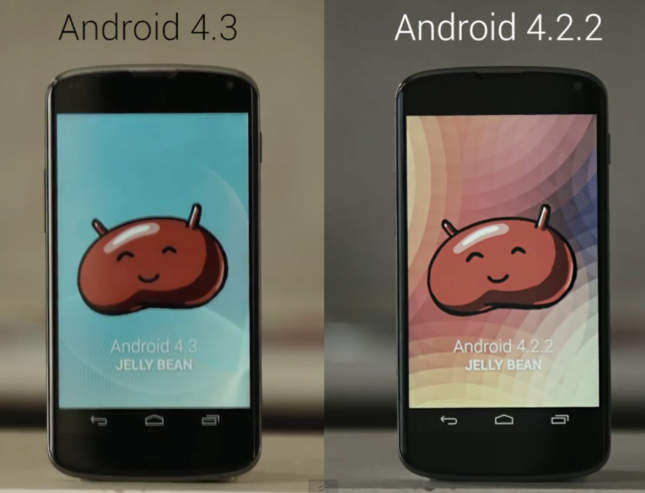 What? Why would you compare the operating system on two new Samsung smartphones? Despite what you may think, there are small differences between the way the Note 3 and the GS4 run Android. Namely, the Note 3 runs Android 4.3 Jelly Bean from the first day you buy it, while the Samsung Galaxy S4 is still stuck with Android 4.2.2 (no Jelly Bean update has been released thus far).

The other major difference is that the Note 3’s version of Android is optimized to take advantage of the S-Pen stylus. At the end of the day, this category is a tie, but it’s important to know that there is a difference between the two models. 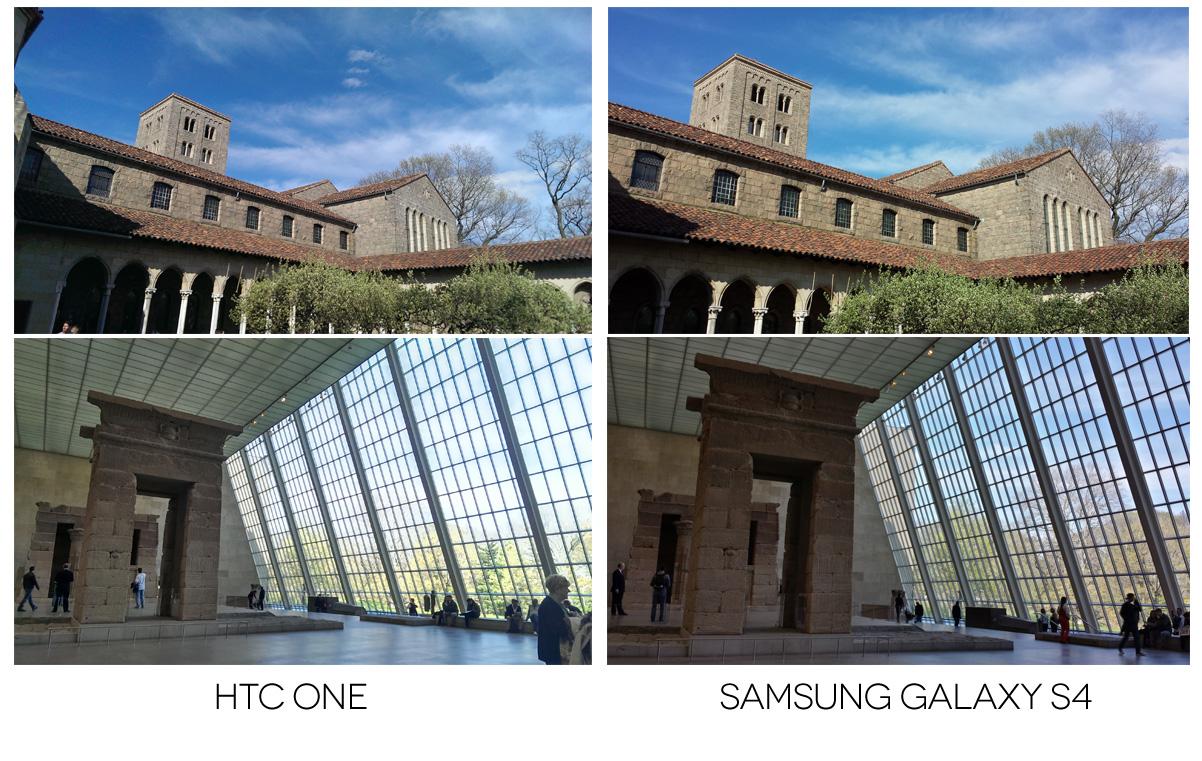 The Note 3 and the S4 both have the same camera. The 13MP camera features an autofocus lens, LED flash, geo-tagging, face and smile detection, image stabilization, full HD video recording, panorama, HDR, and all the other features you expect from a camera in 2013.

There is one difference with the Note 3, and it will only matter if you have a 4K TV or if you plan on buying one a year from now: the Note 3 can record 4K videos. For most people, that means nothing because you don’t have a display with a higher resolution than HD. 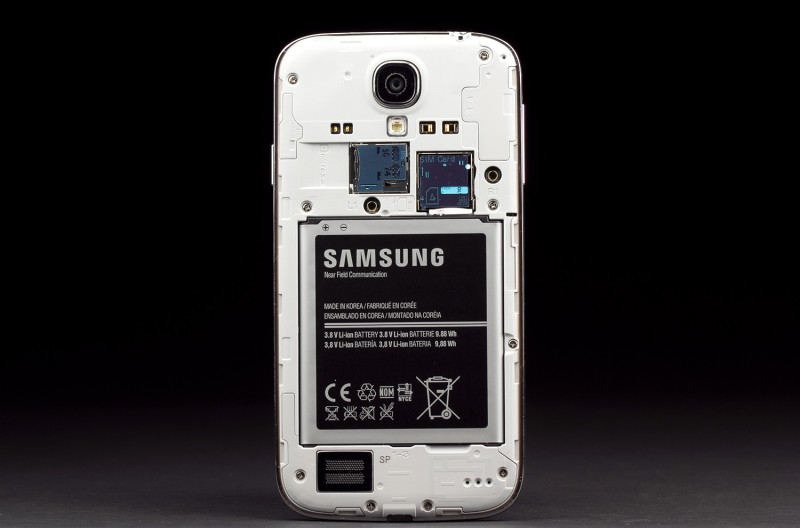 However, the Note 3 does end up having better battery lif

e in virtually all the tests thrown at it. That’s because it uses more efficient processors, which we’ll get to down below.

Both phones should last for a full day of average use, but don’t 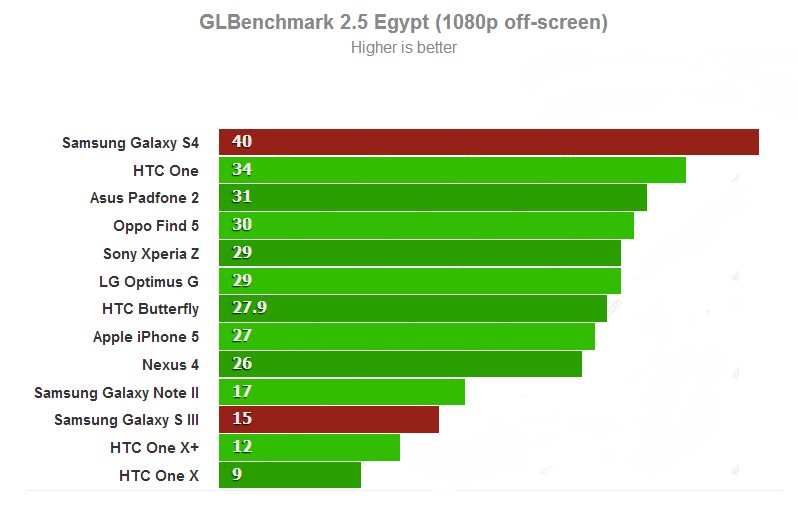 Whether you get the 3G version or the LTE version, the Note 3 is more powerful than the GS4. That means faster performance for you whatever you’re doing on your phones.

You’re not going to be able to download hundreds of cool Android apps if you don’t have enough storage space. The GS4 comes with 16/32/64 GB internal storage versions and you can pop in a microSD card with a size of up to 64GB.

The Note 3 has 32GB and 64GB storage options and supports microSD cards of up to 64GB. Coupled with the 3GB of RAM storage option on the Note 3, Samsung’s phablet takes another category. 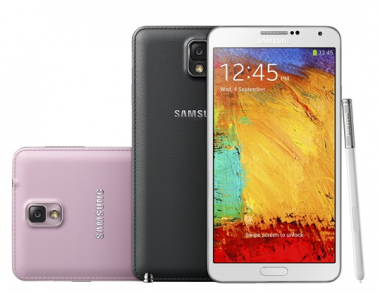 The Galaxy S4 looks almost identical to the Galaxy S3 in terms of curves, design, and the style of the plastic. With the Note 3, Samsung has finally decided to mix things up and now features a different, more elegant design that features sharper edges and a back that feels more like leather than plastic. I like the Note 3, but some people will prefer the rounded edges of the GS4. This one’s up to you.

You’ve probably noticed at this point that the Note 3 has taken a lot of categories. However, the GS4 takes the pricing category by a tidy $100 margin. The GS4 costs $199 on a two year US contract while the Note 3 costs $299 on the same contract.

This comparison is tough because so much comes down to personal preference and the way you use your phone. It’s also a decision that many will make on price: is the extra $100 price tag worth the extra inch or so of screen space? That’s for you to decide.

2 categories go to the GS4

4 categories go to the Note 3

Going by those numbers, the Note 3 wins. But since some categories are going to be worth more than others to you, this comparison is ultimately up to you to decide a winner.