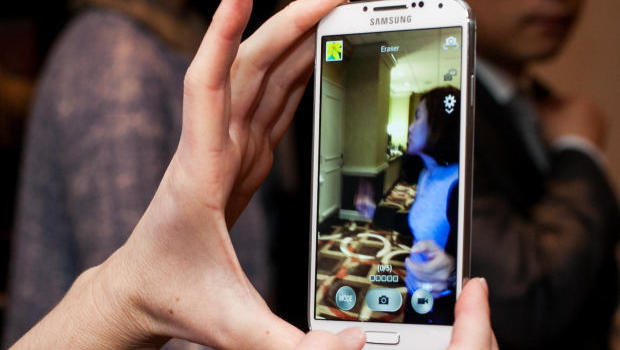 Last year’s wave of Samsung Galaxy S3 commercials were controversial and hilarious. They highlighted some cool GS3 features while poking fun at everybody’s favorite group to hate: the Apple diehards who stand in line for each and every product launch.

This year, it appears that Samsung is taking a different approach with its Galaxy S4 advertising. Apple bashing is out and high production value is in. Take a look at the commercials Samsung has released for the Galaxy S4:

Samsung is clearly taking the high road here, which is a refreshing change. Some people loved the anti-Apple commercials last year, while others thought Samsung was being immature and petty.

Anyways, that new Group Play feature looks pretty cool. You and your GS4-toting friends can all share a song over your collective speakers. No, that won’t automatically add a subwoofer to your locker room – like you see in the commercial – but it would be pretty cool to try if you’re out with a group of friends.

I like the fact that Samsung is showcasing cool things you can do with its devices. This seems like a basic concept, but it’s one that Samsung failed to grasp last year, when it showed people that they could bump their phones together to transfer a music playlist. Let’s be honest: I love my Galaxy S3 but I have never once bumped my phone against another person’s in order to transfer their music playlist.

I can’t help but feel a bit apprehensive over the S Translator commercial. Even the world’s best translation service – Google Translate – makes some embarrassing mistakes from time to time. When you’re in a foreign country, you don’t want to try to compliment the chef’s food only to end up insulting the person’s mother or something horrible like that.

But all that aside, I like the new direction in which Samsung is taking its advertisements. What do you think?