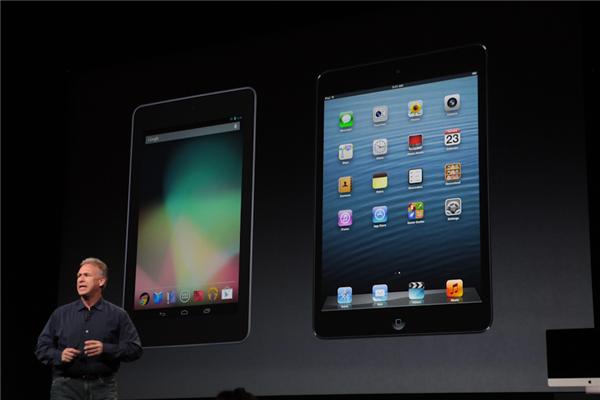 But in any case, the iPad Mini will still be purchased by millions of people, and web-savvy consumers are already searching the internet to find comparisons between the iPad Mini and its biggest rival: Google’s Nexus 7.

Both tablets feature screens that are (approximately) 7 inches, although the hardware, pricing, connectivity options, and style vary widely between the two devices. Without further ado, here is how the iPad Mini compares with the Nexus 7: 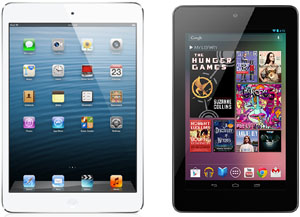 The Nexus 7 is vastly superior to the iPad Mini in terms of screen resolution. At 1,280 x 800 pixels, the Nexus 7 features a crystal clear display with more than enough room to feature all of your favorite Android apps. The iPad Mini, on the other hand, weighs in at just 1,024×768 pixels – a resolution that’s not even seen on some of the cheapest laptops being sold today. When comparing the two tablets side by side, the resolution difference is immediately noticeable.

Oh, and before you start talking about pixel density and the Retina display, Apple has not included the Retina display on the iPad Mini. So, while the iPad Mini might have a physically larger screen than the Nexus 7, the screen is filled with fewer pixels. When doing a side-by-side comparison, most consumers tend to choose a higher resolution screen over a screen that is less than an inch larger. 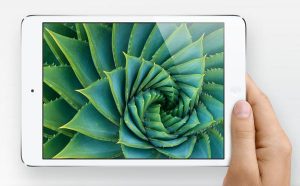 Whether you’re watching HD videos or looking at pictures, the Nexus 7 wins the screen resolution and clarity comparison by a long shot.

When the iPad Mini was first announced, the biggest complaint was the price. Most 7 inch tablets are sold for around $200, and an iPad Mini at that price range would have undoubtedly sold well. But Apple has chosen to sell their device at nearly twice that price. Here’s how iPad Mini pricing breaks down for the various models:

Meanwhile, the Nexus 7 blows those prices out of the water: 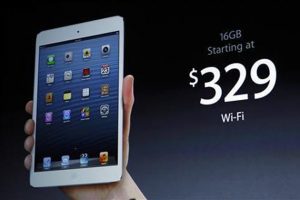 The iPad Mini is surprisingly lacking when it comes to hardware. The miniature tablet features a paltry dual-core processor. On the other hand, the Nexus 7 features a quad-core NVidia Tegra 3 processor, and users have praised the Nexus 7 widely for how fast it performs.

The iPad Mini also features just 512MB of RAM. Today, industry standard for tablets is generally 1GB at a minimum and 2GB to 4GB for higher end models. The Nexus 7 features 1GB of RAM, or twice as much as the iPad Mini.

In short, the iPad Mini is weaker than most tablets that were released at the beginning of 2011, and it’s significantly weaker than the iPad 2 (which was released around that time). Don’t expect fast app transitions, internet browsing, or smooth multi-functioning apps on the iPad Mini. With those hardware specs, it’s just not going to happen.

Did you notice that Apple didn’t show any comparison charts during its presentation of the iPad Mini? This is why: its hardware capabilities are a joke. 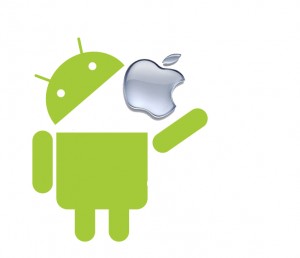 The iPad Mini features iOS 6, which comes with a range of problems. First, users can’t customize iOS 6 beyond moving app tiles around or changing the wallpaper. And second, Apple has decided to throw its customers under the bus by disabling Google Maps and the YouTube app. With every update, Android is becoming stronger and stronger. You can’t say the same about iOS.

The Apple App Store has 275,000 tablet apps. The Google Play Store features over 700,000 apps in total, although not all of those apps have been optimized for tablets. However, users can download most Android smartphone and tablet apps onto the Nexus 7. In terms of the quality of the apps, both the iPad Mini and Nexus 7 are fairly equal. We have to call this category a tie. 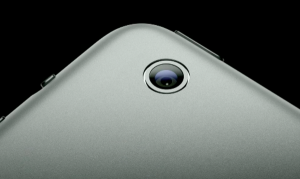 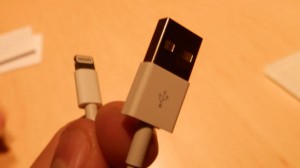 Apple has faced widespread criticism for its use of the bizarre Lightning connector. Although it does exactly the same job as a micro-USB cable, the Lightning connector is made by Apple and Apple alone, which means that you have to buy expensive Apple adapters and cables if you want to use your iPad Mini to its full potential.

Meanwhile, the Nexus 7, like just about every other non-Apple device in the world, features a micro-USB port, which means all of your accessories should work without a problem. If you don’t want to spend $50 to $200 or more on Lightning connector cables, then you’ll appreciate the seamless functionality of the Nexus 7.

Neither tablet has a wide range of color choices. The iPad Mini can be purchased in either black or white, while the Nexus 7 features just one option – black. Of course, some people don’t even consider black or white to be colors at all, but we have to give this category to Apple. 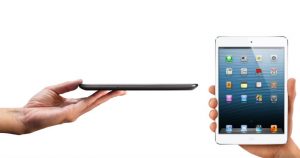 We may be fans of Android, but there’s no denying that Apple knows how to make some cool looking stuff. The iPad Mini is no exception. Weighing in at just 308 grams, the iPad Mini is 7.2mm thick, which is almost unbelievable small. If you want the thinnest and smallest tablet you could possibly buy, then the iPad Mini is the one for you.

Of course, the Nexus 7 isn’t ugly either. But we have to give this category to Apple.

The iPad Mini wins this category without contest – literally. The Nexus 7 features no network connectivity, and it’s only available over Wi-Fi networks. If you’re one of those tablet owners who has splurged on a data plan, then you’ll appreciate the iPad Mini’s ability to connect to 4G LTE networks. 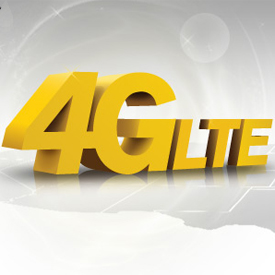 Conclusion – should you choose the iPad Mini or the Nexus 7?

When it comes to choosing between the iPad Mini and the Nexus 7, the choice is very clear. If you appreciate style and slimness, choose the iPad Mini. If you want a clear, readable screen, fast performance, powerful processors, and an easy user interface, choose the Nexus 7.

In other words, the iPad Mini looks good, but the Nexus 7 has power where it counts. It’s a battle of looks versus brains. Even if the Nexus 7 was priced at the same level as the iPad Mini, we would wholeheartedly recommend buying the Nexus 7. At nearly $150 cheaper than the iPad Mini, the Nexus 7 continues to be an absolute steal in the budget tablet market.