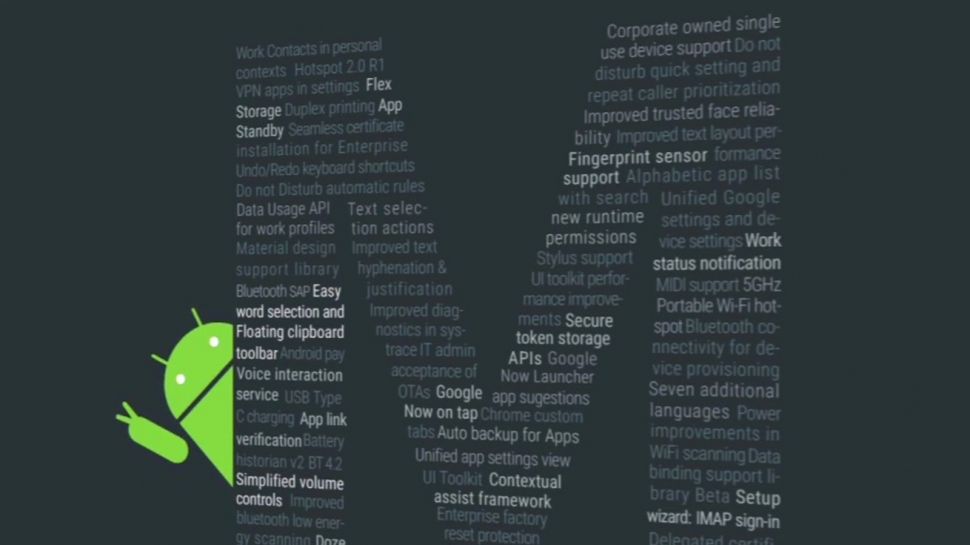 With the release of the latest Android OS, the Marshmallow getting closer, there are many users who are anxious to know what they should expect out of it. The excitement though is much lesser as compared to the time before the release of the Lollipop.

Nevertheless, there are 5 features that are worth anticipating as under:

The USB-C – this connector will allow much faster charging of the device and its working with your computer is expected to be far better. Very often we have had complaints of the existing USB connectors not getting recognized by the computer or just not providing the continuous and quick charging action that was expected out of them. This time though, the charging will happen at least 3 times faster and that would be a very useful addition.

Now on Tap – this Android assistant is going to make your life much easier when it comes to looking for and finding information. You just have to tap and hold on to the home button to do your search without having to leave the application. Now quickly search for the movie hall, check out movie ratings, restaurant ratings and so on using this feature.

Restore and Back up – Despite the 25GB limitation imposed by Google Drive cloud storage, saving application settings and other stuff should be a much easier process. There is no compulsion of course to store only applications and it is up to you to decide what you would like to upload onto your cloud storage facility.

Doze – the issue of battery conservation has been one that has been a hot one ever since the first Android OS was released by Google. While earlier it was not that pronounced, of late, the requirement for tremendous battery power and quicker charging have acquired prominence, thanks to the varied activities people subject their smart phones to. This is where the Doze will play a role in identifying apps that are slowing down the device or guzzling up battery power. You can then uninstall that app or stop running it to be able to save on battery power.

Android Pay and Fingerprint Scanner – Enhanced security is what Google has been working towards right from the release of the Kit Kat OS. They brought in encryption with the Lollipop to ensure user privacy is protected. They are now taking it a step further with the introduction of the fingerprint scanner feature to be able to carry out commercial transactions. That would be facilitated with the Android Pay feature and you can now make payments through your device in a totally secured manner. This scanner will also enable you to lock applications.

Those of you who would have expected Google to bring back the Dark Theme as shown during the Marshmallow Developer Preview meet would not be happy that is not going to happen. Google is going to stay with the lighter themes and may decide to bring it back only with future improved releases of the Android M.