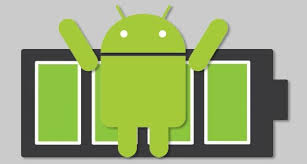 The wait for the Android L update has got longer. Contrary to expectations of Nexus 4,7,5 and 10 users, the update has not arrived. The reason has been attributed to a few bugs discovered that are draining the battery sooner than later. Google is obviously perturbed by this and wants to iron them out before commencing with the roll out of the update.

Readers will  recollect that apart from the Material Design and other visual aspects related to the Android L, it was the boost in battery power that the new OS is expected to bring to the table that has been its attraction. So for Google to discover these bugs at this stage is something they are not going to tolerate and will make sure these are eliminated, even if that means a delay in the roll out.

The issue initially surfaced during the beta run of the Lollipop on the Nexus 5 and that was acknowledged by Google. At that time, the issue was the sudden draining of the battery while Wi-Fi was enabled on the device. Google did fix that issue but it would appear they would not want to take any chances and has therefore delayed the rollout of Lollipop to the other Nexus devices. This would also mean that other OEMs too would have to wait longer for the update and may not get it as per the initial schedule expected by them.

Google Not Committing The Exact Date

It is understandable that Google does not wish to commit a date for the Nexus devices rollout of the Lollipop. They have missed the dates committed earlier at least 3 times now and definitely would not want to create more embarrassment for themselves.

As opposed to any speculation about the actual reason for the delay, at least we now know it is definitely due to the battery draining problem. Google employees have acknowledged that fact and that is a relief in itself. Surely, we do not want any other major software glitch to delay the roll out of the Android L after all the hype, anticipation and expectations built up over the last 4 months.

What Is The Actual Issue?

Reports suggest that unusually high numbers of IRQ events are causing the battery drainage when Wi-Fi is enabled. Users testing the device have found there is no such drain when Wi-Fi is not enabled. Google has come out with a fix and incorporated the improvement into the latest Nexus 5 builds but would want to make sure there are no other glitches before commencing the update.

It is also clear that Google would play safe and roll out Android Lollipop to its Nexus line of gadgets first. Only after due diligence and observation would it venture to roll it out to other OEMs. The slight delay may be frustrating to some of us but it is better we get an OS that is absolutely free of any issues.