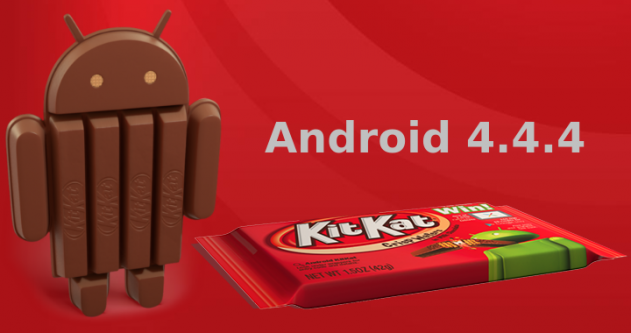 After Google launched the Kit Kat 4.4.2, some of the issues that had plagued the Jelly Bean versions got resolved. However, this version too brought in its wake certain other bugs which Google had to resolve through the release of Kit Kat 4.4.3 and 4.4.4. The update of Kit Kat 4.4.3 fixed issues and also provided cosmetic edits to applications like the People as well as the dialer.

The Kit Kat 4.4.4 was a smaller update essentially to take care of the OpenSSL issue and initially was limited to Google devices like the Nexus. The update was a security patch. Now this patch has been applied on other devices as well and the Kit Kat 4.4.4 is the latest running operating system doing quite well and slowly gaining in market share. But the speed of implementation of this update is still not as quick as expected and that has always been an issue with Google Android.

For instance, though the Nexus is through with the implementation and Samsung Galaxy is about to do so, manufacturers like HTC are still rolling out 4.4.3 Kit Kat versions on their HTC One M7 and M8. Sony and Motorola are yet to complete the roll out of Kit Kat 4.4.4. All these updates may seem cosmetic but do affect user experience in some way or the other. The Kit Kat 4.4.4 at the moment is the latest and most comprehensive update that has attempted to resolve all pending issues of previous updates and at the moment has not thrown up any other fresh issues.

The impending launch of the Android L is being looked forward to expectantly. However, by the time it is released and initial problems sorted out, it should take some time. Kit Kat 4.4.4 should therefore have a longer run that is free of any issues. If you are looking to buy a smart phone now, you should opt for the Kit Kat 4.4.4 operating system handset and get used to it, before attempting to switch over to the Android L. Or you could be more patient and wait for the Android L platform.

The system performance is at an all time high on gadgets running this version. The update has been tuned to optimize memory usage and also improve the touch screen function. Users will be able to notice a faster response and multi tasking too will be a breeze, due to better utilization of available memory. You can for instance continue to listen to music even as you are web surfing. The device will not slow down or there won’t be lag.

The use of social media will love the app that arranges the contacts on their device based on the frequency of their interaction. So exchanging messages and calling friends becomes much easier. The new Hangouts app is another useful addition. There is also an app that enables the user to command the gadget to play the music he wants or provide directions or even send out messages without the user having to touch the device.