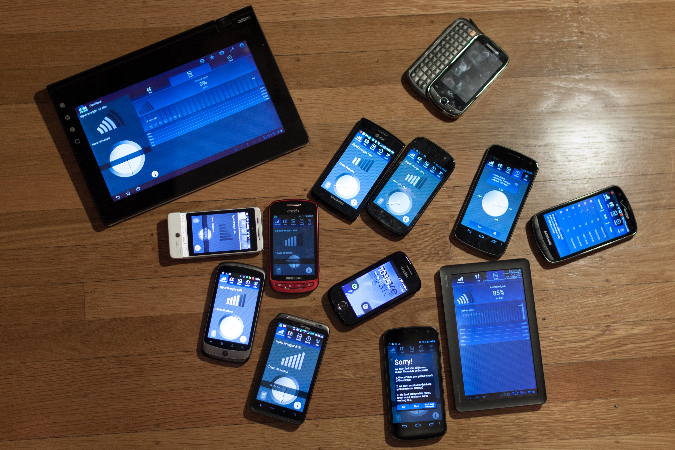 You don’t have to be a business analyst to realize that Apple’s marketing strategy has always revolved around simplicity. It gives customers a restricted choice of items, colors, and customization options.

Sometimes, simplicity is good. In other cases, it’s bad. But when it comes to Apple versus Android, it’s night and day in terms of the number of options available to users. This is a good thing for the average Android user, but it’s bad for the average app developer.

You may have heard the term ‘Android fragmentation’ from time to time. It refers to the gradual spread of Android across devices of different software versions, screen sizes, and hardware functionalities.

But one person summed up Android fragmentation better than anyone else has to date. And as you might have expected, that person is an Apple fanboy.

That fanboy goes by the name Derek Kessler, who is actually a pretty important figure in the world of Apple fandom. He’s the Editor in Chief of Web OS nation and a self-proclaimed “smither of words.” So as Derek and his 2,183 Twitter followers will tell you: yes, he’s a pretty big deal. 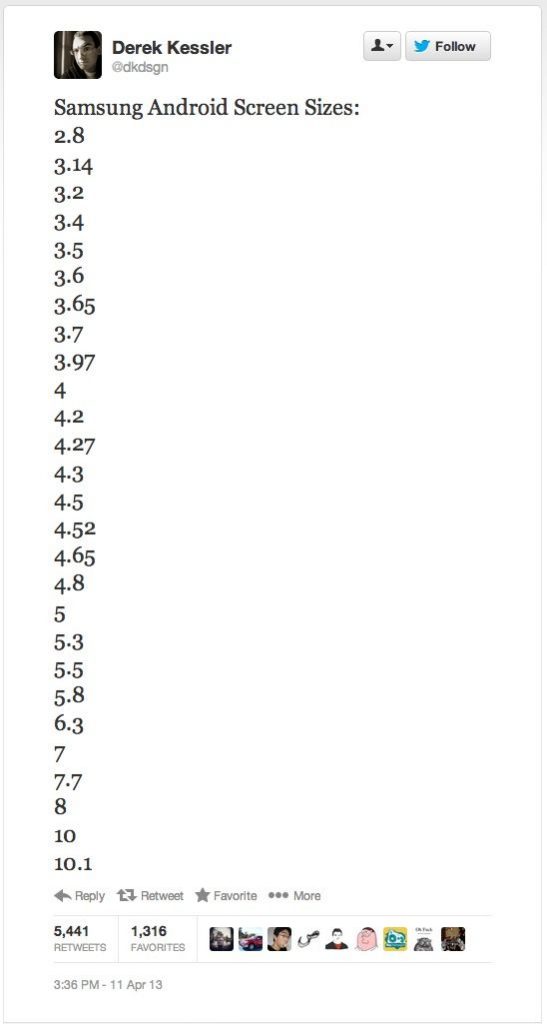 That’s 27 different Android screen sizes compared to 4 for iOS devices. But as any half-educated person will tell you, it’s resolution that matters, not screen size, right? Unfortunately, Android is still losing in that category, since there are approximately one bazillion different resolutions currently available. And that makes things difficult for Android developers.

But since the Google Play Store arguably has more apps than the iOS store, I don’t think app developers are complaining too loudly. So wipe that self-satisfied smirk off your face, Apple fanboys. I bet you can’t even see where you’re going in Subway Surfers on your 4 inch iPhone screen.