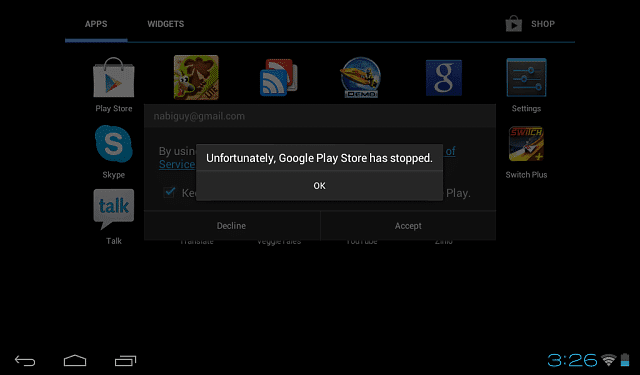 Nothing is more frustrating when an app you usually use suddenly prompts the message “Unfortunately, the app has stopped working.” Then, it crashes and crashes again and again and… you just can’t use it!

This is very common to Android and can happen anytime due to several reasons. And in order to troubleshoot the said problem, you must know the reason behind first why it crashes. Here are some easy tips to follow to lighten up your mood and give you hope once your favorite app starts to disappoint you.

The first thing you can do is force close the app. Closing the window doesn’t necessarily close the app. It still runs in the background. The only way to manually and fully close the app is going to Phone Settings > General > Apps then find the troublesome app and tap it. You will be redirected to another screen which will give you the option to force close, uninstall the app, delete data, and delete cache. For now, try force closing first.

Sometimes, the phone just needs a simple reboot. Phones need to be knocked out first before they can start anew. The reason behind the malfunction Is that there might too many apps running in the background that causes a system overload. The phone can no longer handle processing that they force to terminate some app features causing the app to crash.

If the two above doesn’t work, the problem could’ve been in the app’s cache. It must’ve picked up a coding error which it accidentally stored in its cache, causing the error. Go to the same window as the “Force Close the App” section and hit delete cache. This should delete any buggy data. Don’t worry, user data will not be deleted.

To update apps, open the Play Store, open the left dashboard, click My Apps and Games, and update the buggy app or might as well update them all. For software update, go to Settings > General > About Phone > Software or Update Center (on some phones) and check if you’ve missed some recent updates.

If all of the above still doesn’t work the magic for you, don’t smash the phone yet. Better to consult the experts first. An option to report the problem can be seen just below the “Unfortunately, the app has stopped working” message. This will both prompt the app and phone developer. There’s the sad truth that your phone may no longer be compatible to run that app and will never be in the future. All you can do is buy a new phone.

There are also cases that you might want to do a factory reset. But, that’s the last thing you want to do.  There could be a different approach in every phone unit. Browsing the internet and reading message boards of other people who encountered the same problem might just help. We find them more helpful than the developers’ troubleshooting guide, actually.