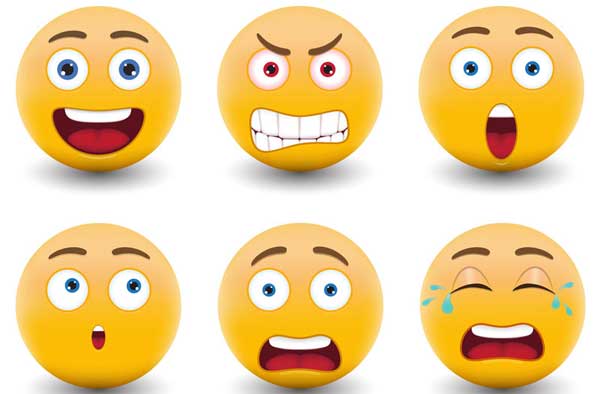 It looks like we’re headed towards the future that “The Arrival” movie was talking about. The galaxy will lean a single language, but in this case, using emojis.

Using Emojis and GIF have made talking to people easier. We felt like we can express ourselves by sending images rather than describing them through words. Besides, a picture paints a thousand words, right? At least that’s what “Bread” believes.

However, the world fears that emojis and GIFs are taking over the English language. Worse, it could be the reason for the language to go extinct. The latter might be an exaggeration, but not impossible.

The English language is dying

Just imagine yourself, when you text your friends via Android Phone or write comments on Social Media, you fill your words with Emoji so that the other person will understand your current mood. There have been several misinterpretations that the reader and writer have different mood perspectives. These misinterpretations can lead to fighting.

Just very recently, YouTube tries to prove whether this theory is true by conducting a study. 2000 British adults at the age of 16 to 65 were asked about their opinions on the current state of the English language. 94% believed that the use of English language has declined, and they agree that people no longer know how to use the language correctly.

75% of the 94% that emoji and GIF are the main cause of these problems. Other than that, people are more dependent on the phone’s auto-correct features that they will no longer care to hit the dictionary and know the correct spelling.

The Evolution of Emoji

Emojis started in smartphones, but people were not paying attention to it in the earlier versions of Android. Several years later, emojis started appearing all over the web. Social media also include them in their system, thus people began to use emojis but what’s available then are simple smiley faces.

In the years that followed, object emojis such as food, places, and activities also started appearing. Millennials immediately adapted to these new phone features and easily understood each other. For example, instead of texting your friend “I want Pizza,” typing the three words is no longer necessary. Just key in the pizza emoji and hit send. The receiver will immediately know what you mean.

While this is an on-going trend among casual Android phone users, even corporations have adapted to this change and use emojis in their advertisements. In fact, scholars are already conducting studies on potential impacts of using Emojis in the workplace. In 2016, a High Court judge incorporated a smiley face Emoji in an official ruling.

Though, we find nothing wrong with the evolution of digital communication. Emojis and GIF are just other ways to express our emotions in a witty and friendly manner. However, too much use could prove that it will risk not just the English language, but the languages of the world. So, before we use these funny clips and icons, it’s best if we understood their original root and know their equivalent terms in English.