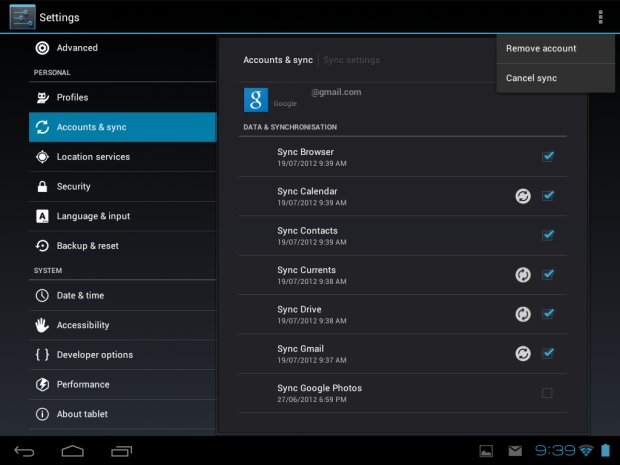 Unlimited data phone plans are virtually impossible to find these days. Unless your phone plan has been grandfathered in, then you’re probably stuck with a data limit anywhere from 100MB to 6GB.

Because you have a data cap, you should learn how to use less data on your device. If left unchecked, Android can use a ridiculous amount of data. From widgets to Google Maps navigation, Android’s data-hungry nature can cause your phone bill to skyrocket.

Ready to learn how to use less Android data? Here are some tips and tricks that will help you do just that:

6) Only update apps over Wi-Fi 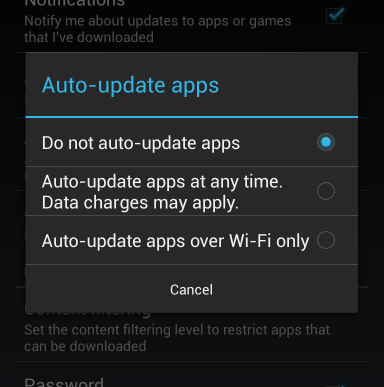 Most people already have this setting checked, but for those who don’t, it can significantly reduce the amount of data your phone uses. App updates are usually small, but when you have a lot of apps, a single update of all your apps after a few weeks without updating can add 100MB or more to your data charges.

The best way to fix this problem is to tell Android only to update apps when connected to Wi-Fi. Here’s how to do that:

-Check the box beside Auto-update apps over Wi-Fi only

If you’d rather not have your phone automatically update apps at all, you can check the Do not auto-update apps button instead.

If you’re currently connected to Wi-Fi and going to an area without Wi-Fi, then you should download some of your data in advance to avoid using data. More and more apps are making this easy to do. On Google Maps, you can simply hit the Settings button in-app to download offline map data, and even YouTube allows you to preload videos. Videos are downloaded over Wi-Fi and saved on the app for later viewing under your Watch Later list of videos. 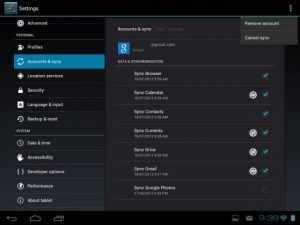 Account synching can drain a large amount of data on Android. Account synching tells your Android to constantly talk to account servers to determine if there have been any updates. For some accounts, like your email, this is undoubtedly useful. But for other accounts, like the Play Store and third-party apps you’ve downloaded, it’s not really necessary.

You can easily adjust sync options by going to the following:

-If you go to Settings > Accounts > Google you should see a number of apps that you don’t necessarily need to update all the time.

Turning off sync settings doesn’t mean you won’t receive updates on your phone. It just means that the updates won’t get sent to your phone when the app isn’t active. So if you don’t want Facebook notifications and messages to clog up your Android notifications menu, then you can easily disable Facebook synching from the above menu (Facebook is one of the biggest data users on Android anyway).

If you’re not expecting an important call or text, then consider turning your phone on airplane mode when playing games. Mobile game developers love to fill their free apps with advertisements, but your phone won’t get those advertisements unless it’s connected to the internet.

Most of the data you receive through your phone isn’t optimized or compressed. That means your Android is using more data than it really needs to. One of the most innovative ways to prevent this problem is to install an app called Onavo Extend, which is free from the Google Play Store and has been downloaded hundreds of thousands of times.

Onavo Extend optimizes all of the data your Android receives over mobile networks. This can lead to massive Android data plan savings, including getting 5 times more out of an Android data plan and saving up to 80% while roaming. The app currently has a 4.4/5 rating with 6,000 reviews on the Google Play Store, so it’s quite popular. You can download it for free here. 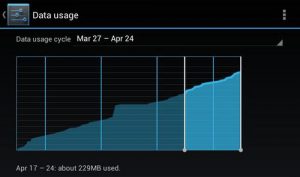 Everybody’s data usage habits are different. Ultimately, the best way to control your data usage is to understand where your data is being used. I’m not saying you have to stop watching videos on YouTube, but it does suggest some ‘areas for improvement’ if you’re trying to limit data usage.

Of course, if you’re constantly going over your data limit and don’t have a flexible data plan, then it’s probably time to call your service provider and raise your limit.