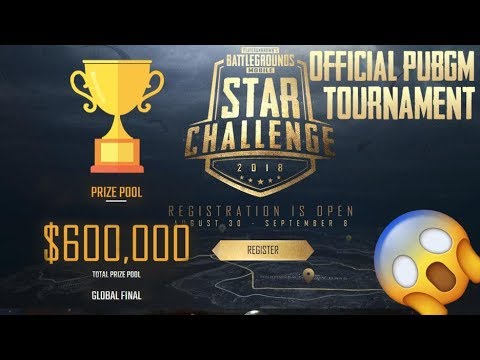 Get ready y’all PUBG fans because PUBG Mobile is hosting another global competition and the prize just got even better.

Just over a month after the Player Well Know Tournament, PUBG is happy to announce to commence their next tournament soon. The game will be partnering with Samsung and the new tournament will be called the PUBG Mobile Star Challenge.

The new tournament has expanded its reach in live streaming. It now features platers from sic different regions around the world such as North America, South America, Europe, Korea and Japan, China, and the rest of Asia.

The requirement to qualify is the same as the previous tournament. You need at least 1,000 combined online followers in order to participate. So, start increasing your social followers while you can.

The tournament committee will be publishing a list of the top 60 Asian qualifiers and top 40 qualifiers from other regions. It will be sent via e-mail so make sure to keep your email notification turned on.

PUBG Mobile offers exciting awards for streamers. The game developer will use in-house funding to promote those who succeeded on the battlefield. There are even official PUBG Mobile contracts available.

Although the exposure is already a great offer, the prize money is still better. PUBG is offering a remarkable $600,000 prize money all in all. The company was able to gather such amount from sponsors and, of course, with the help of their partner Samsung Galaxy Note 9. To strengthen the partnership, Tencent made sure that the PUBG Mobile can be played on the Samsung Galaxy Apps.

If you’re a Samsung phone user, you can now download two of the most popular games today – PUBG Mobile and Fortnite – via the Samsung app store. You can always get the game via the Google Play Store, but having it in the Samsung app only means the mobile giant continues their push into the mobile gaming era.

The regional semi-finals are already underway so don’t be late. If you can’t participate, you can always watch the tournament live as a spectator and watch awesome players shoot each other to the grand prize. Simply visit the PUBG Mobile YouTube Channel and relive the actions you missed, or watch a live streaming.

The PMSC World Finals will take place in Dubai this year. The top 13 regional finalists and seven teams receiving a special invitation will be competing over the $200,000 grand prize. 1st runner-up gets $100,000 and the 2nd runner-up will take home $50,000.

Don’t worry, there are exclusive prizes in case you don’t win the championship. The most charismatic content creators can win the regional popularity contest, while the most popular team from each region will take home $10,000 and more exclusive prizes!