Smartphones are called smartphones for more than a few reasons. These are smart devices and being contextual is just a part of it. It is believed that the contextual features are the next big thing and can change the whole smartphone market through the kind of experience they render.

If memory beckons, Everything.me came to Google Play Store just a year back. It was a replacement for Android homescreen and was built to provide a smart and context-based experience to the users. It triggers suggestions based on the user preferences and automatically generates related apps. Today, it has left the beta phase and has become EverythingMe, with a promise to make the smartphone experience better and efficient. Co-Founder Ami Ben David named it as ‘Smartphone 2.0’.

Most Android users will feel at home while using this launcher as it has features that are familiar and along the lines of Android. It is a dynamic launcher with five homescreens, an app drawer and a search bar at the top. Makers of EverythingMe claim that it offers the quickest search on Android. Typing the initials of your search will immediately fetch results based on usage frequency of a particular app – A more frequently used app will pop at the top and ‘so on and so forth’ for the rest. It is highly contextual for the fact that apart from generating results based on factors like time, location and interests, it even tries to learn the usage pattern of the user. And this applies to all the elements present in the device; e.g. a search for a song may draw app results like YouTube and Music Store and websites like Google Play Music, not to mention it also brings out the preferred songs present in the memory. 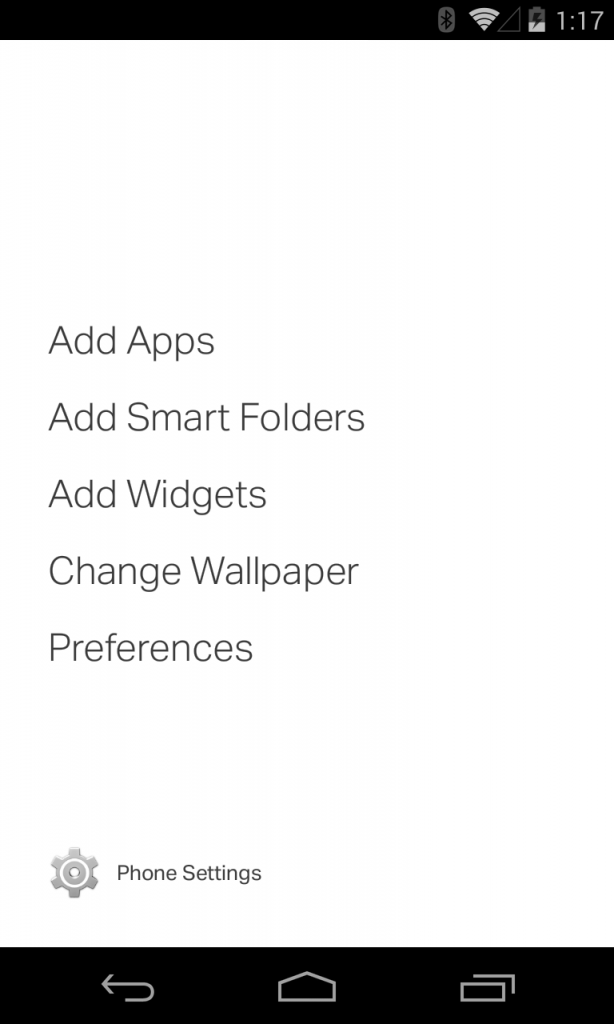 Another exceptional characteristic of EverthingMe is the ability to create Smart Folders, a type that gets automatically updated by the app kind. For an instance, all the apps like Twitter and Facebook will be present in the social media folder; and a new download such as Instagram will also be automatically updated to this folder because of it being another social media app. Similarly, there are other folders on News, Sports, and Games etc. which help in the prediction.

It has a prediction bar at the bottom of the homescreen that is proactively displaying apps that are likely to be used by the user at a given time. This set keeps changing based on details like time of the day, location, how often one uses the app, calendar activities, day of the week, interests etc. This particular widget is also capable of showing relevant apps in case a headphone is plugged into the phone. It is only a matter of time for the user to get used to the efficiency levels of this particular launcher. 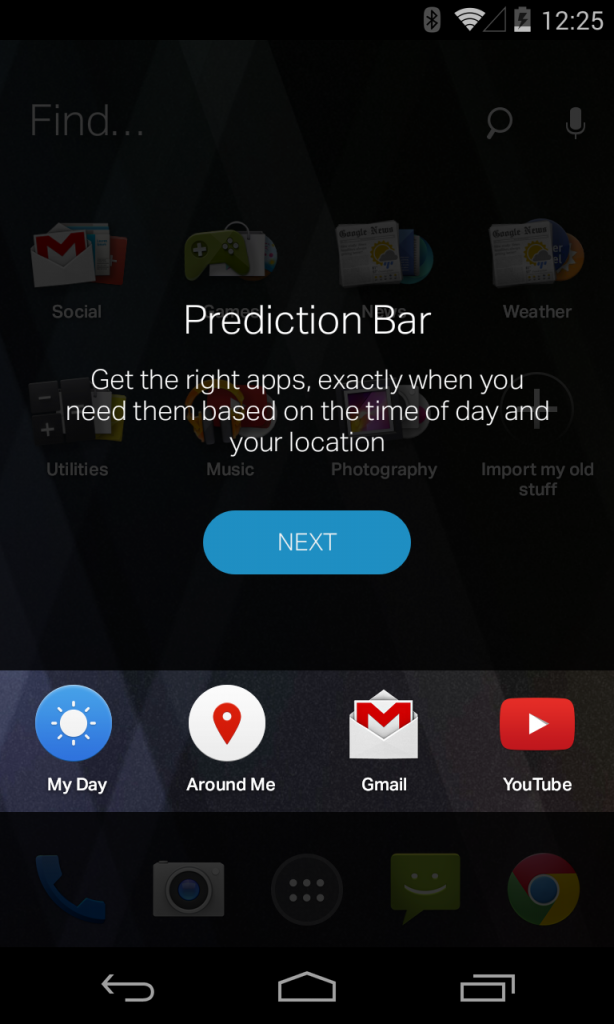 All said and done, it is still going to be a herculean task to get more users to download this launcher. The credible reason is because, many are satisfied with their factory settings and they aren’t aware of the capabilities of a contextual app launcher.