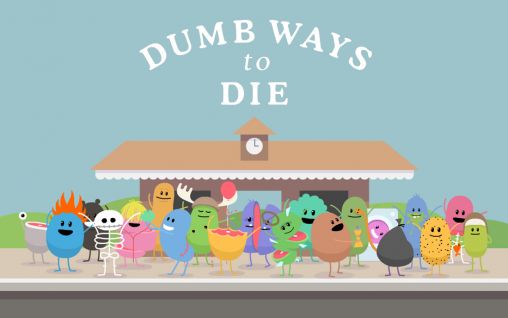 For those of us who are not aware of ‘Dumb Ways to Die’, it was a campaign started by the Australian Railways as there were a lot of deaths happening at the metros, most of them were avoidable accidents caused only because of carelessness. The campaign was based on the fact that human nature does entertain preachers and we tend to do things that we are told not to. So the campaign highlighted different, extremely dumb ways to die. The campaign used reverse psychology on people in order to make them more careful around the Australian Metro.

The campaign became popular not just because of its witty use of falsely endorsing death, it was also popular because it used cute animated creatures singing, dancing and dying to a catchy song called ‘Dumb Ways to Die.’  It makes people realize that coming under the railway track and dying is not the coolest was to say goodbye to the world. Thanks to this campaign, the death caused by railway accidents in Australia decreased very significantly.

Seeing the popularity of the campaign, the team also created a mobile game application called DUMB WAYS TO DIE as part of the campaign. Like many other games, its aim is to complete many mini games and to score as high as possible with just one major difference – it is not just a game, it endorses train safety. A person has three lives and they need to avoid death for as long as possible to reach the next level. As one progresses, the game gets tougher as it becomes harder to stay alive. It is a way of displaying how we should ideally be around trains – alert and careful.

It is not a very complicated game, to win it we just need to not be stupid. Also, it is cute. The players in this game are the same animated creatures dancing in the video. More than the game itself, it is popular because of the characters.

Like every other game, it has some pros and cons. The pros are that it has cute graphics, easy game play, and hilarious cartoon gore and is very funny and catchy while the con is that the game play is quite limited as it is just an extension of a safety campaign.

The game is played as follows:

In the game you get three lives. You have to progress and accumulate points by completing levels of mini-games. These consist of various challenges that relate to the video, including removing forms from toasters, keeping an airplane in flight, not hitting a red button, swatting wasps, not opening the door to a psycho and preventing piranhas from attacking your private parts!  The game play then comes with a relatively macabre theme and perhaps not for small children; however the cartoon visuals and quirky animations make for something a bit silly and fun rather than scary.

As you progress you collect new characters on your menu screen (a train track) and new mini-games are also introduced. When your lives eventually expire you can share your score with friends on your social networks and see if they can beat you. The game play is complimented by an 8-bit rendition of the ad music which, to be fair, is insatiably catchy.

In all, it is a very cute way to become aware and to become a part of the safety campaign by spreading awareness in a unique, fun way!