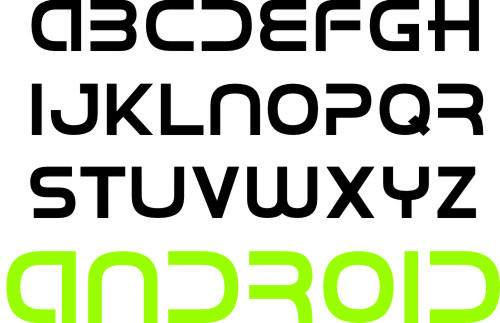 Here’s a set of three apps that beside their popularity, exist for a reason. And that reason is to entertain you and appeal to the creative streak within you. We all like adding that extra touch to our handwritten messages that reflect our personality and emotions to the people we are expressing them to. However, the digitization of messages has taken away this once sought after skill from us. For those adopters of smartphones and tablets who still miss the human aspect of calligraphic expression, the FlipFont series of Android apps seeks to fill your artistic needs. Here are 3 of the finest font apps from the FlipFont series for your Android device that will give your words that unique finishing touch of finesse and class.

To run these apps, ensure your device is compatible with FlipFont program. Then use the FlipFont program on your Android smartphone or tablet in order to change the user interface font on it using one of the following set of fonts.

This particular application provides you with 4 fonts that resemble the way you wrote in school.

It can be configured in to the device and can easily be used to change the way your user interface looks. A few phones come with built in fonts but not of this stature. Take a look.

To access these fonts verify that your phone can change its font in the “Display” à “Screen Display” section of “Settings”. This plug-in should work on any phone that permits custom fonts and more importantly has FlipFont on it. 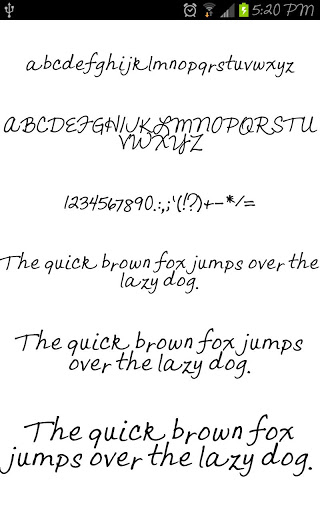 Script Pack is another great set of fonts that will step up the cool factor of typing messages on your Android device by leaps and bounds. You may have seen these fonts in the scripts written on ancient handwritings or old scriptures, in movies or on the walls of old cave paintings.

This app brings to you the very same feel through these four apps that automatically come up on your phone after following the appropriate procedure. Only verify whether the phone can change its fonts via the steps mentioned above. If not then phone may be rooted.

This is an extremely popular app and has above 14,000 downloads and is extensively used by downloaders.

Here’s how the fonts look.

And finally here’s an app with a set of 6 in-built gothic style fonts. They represent the classy fonts on the elegant side of the world. They integrate into your phone and can easily be used and displayed. You can use these as a mark of your class, so say the developers. These look very trendy and give a different look and feel to your phone. This app is also the most popular in the series with over 34,130 people giving it a 5 star rating.

The above apps are products of the same developer and are compatible with all Galaxy brand phones (except for Galaxy Nexus developer phones).

The Gothic Pack app also has a catalogue that displays all the fonts in the respective categories.

All of them are available for free and have consistent updates at regular intervals.

So go ahead and download these cool font modification apps to revitalize the look of your Android phone.