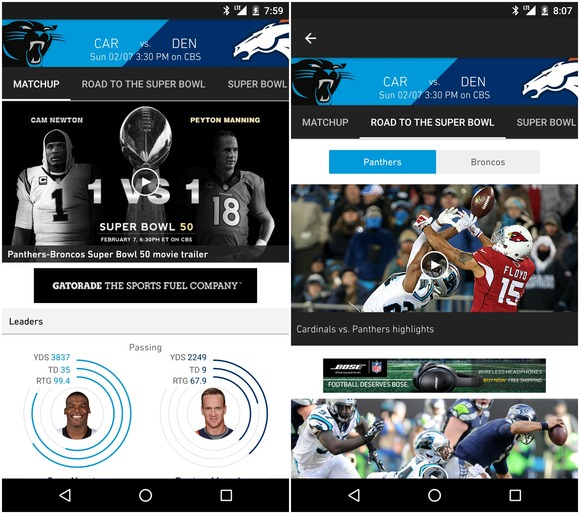 How to Stream the Big Game

As you might expect whenever it comes to the NFL, the rules around (legally) streaming the Big Game are a bit odd and annoying.

Here are the fast facts you need to know about streaming:

-To stream the game on your Android smartphone, you need to download the official NFL Mobile app. The “catch” is that you have to be a Verizon customer to download this app, since Verizon has paid a lot of money for a partnership deal with the NFL.

-Want to stream the game on your smartphone but you’re not with Verizon? Try logging onto the CBS Sports website during the game. CBS claims this should work, but you may experience compatibility issues.

-Streaming the Super Bowl onto your tablet is a little easier. Download the CBS Sports app and stream the game directly from there. That streaming option is only going to be available over tablets.

Anyone can watch the game on the CBS Sports website (as promised by CBS).

So you should be able to hop onto the site using Chrome or your preferred Android browser.

If you’re extra smart, then you can even stream the game to your TV without cable using a Chromecast, which allows you to stream content directly from your Android smartphone or tablet to your TV.

Want to Go Outside and Join the Party? Download the Road to 50 App

One of the cool things about this year’s Super Bowl 50 is that the NFL has created a Road to 50 app that outlines all of the big events going on in San Francisco during Super Bowl week.

If you’re in the area, then you can use the app to pin events to your itinerary, checking them out and following a map along the way. 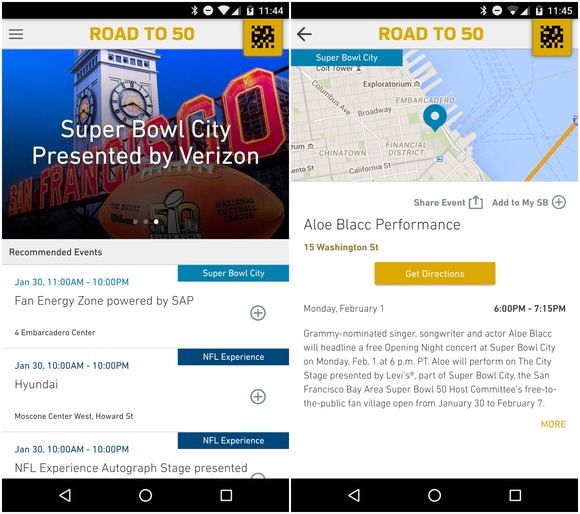 Road to 50 also has certain other content for non-Bay Area fans. If you open the app outside of the Bay Area, you’ll find past Super Bowl highlights and stories and other stuff to get you pumped for the Big Game.

There’s one final app for Super Bowl 50 fans, and this one’s only for the hardcore fans.

It’s a must-have app for anyone actually going to the Super Bowl. Called Super Bowl Stadium app, the app lets you explore transportation options to and from the stadium. It also lets you view the events taking place on the Game Day Fan Plaza “Presented by SAP”.

You can also use the app during the game to watch Super Bowl commercials – which is actually pretty cool if you don’t want to miss out on the essential Super Bowl experience.

Or, use the app to watch replays from four different camera angles. There’s also an interactive Levi’s stadium map.