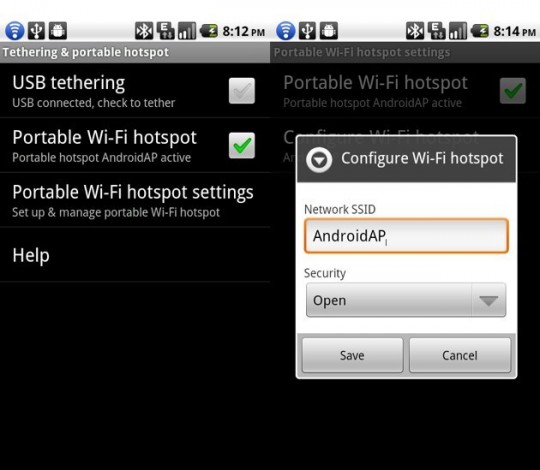 For whatever reason, U.S. carriers charge an extra $20 to $30 per month to users who ‘tether’ their smartphones. Tethering involves using your mobile phone to create a wireless network, and then connecting other devices to that network in order to jump onto the phone’s data plan.

Okay, there is a reason why carriers charge extra for this: because if you connect your computer to your phone’s data plan, it’s way easier to hit the limit of your data plan or take advantage of an unlimited plan. Carriers don’t like this. But still – carriers in other parts of the world rarely charge tethering fees (including in my native Canada), so why are US carriers such sticklers?

But what if we tell you there’s an easy workaround that allows Android users to avoid all tethering charges and easily access their phone’s data plan using any device? Yes, there’s an easy way to do that, and all it requires is a rooted Android device.

Now, these steps will work for about 95% of Android phones in the United States. But it won’t work on a certain few types of phones where the carrier has made tethering particularly difficult.

If you followed the steps above on your rooted Android and it didn’t seem to help, then you’ll need to read this universal Wi-Fi tethering guide here, which illustrates a simple tethering method that is guaranteed to work.

Of course, if you live in any country outside the United States, you can just go to Settings > Tethering and portable hotspot and then move that slider to the right. For all you American users on major carriers like Verizon, Sprint and AT&T, you’ll have to follow the steps listed above.