All aboard the Twitterati Express! If you’re another one of the Twitter-obsessed fanboys or fangirls looking for something to make your experience a little fancier for your smartphone, well here’s an app for your Android device that promises to make handling your Twitter more streamlined and accessible than ever. If you can’t stop spending your time on Twitter, it’s time to organize how you spend your time through Tweet Lanes. 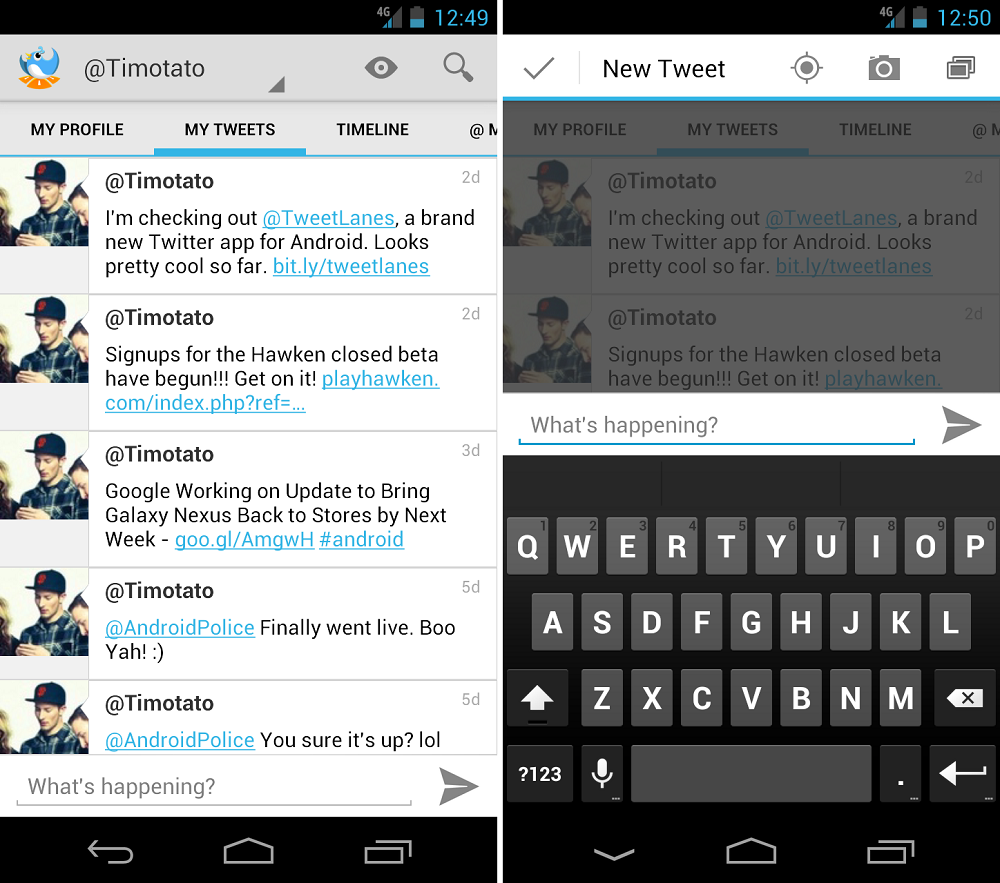 The Tweet Lanes Android app has some basic features that the Twitter app doesn’t offer. For instance, the simplest and the most useful is the ability to use the volume up and down buttons to navigate through the tweets one at a time. Especially helpful when you’re travelling down a bumpy road and cannot navigate by scrolling. This feature is the VolScroll or VScoll as it uses Volume Scrolling.

Tweets are organized in tabs. There are those which even Twitter offers which include the usual assortment of My Tweets, Connect becomes @ replies, Timeline remains, and Favorites gets a dedicated tab.

It allows you to tap a user to visit their page just like the Twitter app does. Tweet Lanes goes the extra mile in allowing you to filter which retweets you want to see and also what replies you want to see.

Everything that Twitter allows you to do like attach location, images, link videos or images, block and report spam happens here too. One difference in this section is while Twitter loads each picture separately when you click on the link, Tweet Lanes shows you a thumbnail, which is extremely useful for when the picture is just not worth seeing enlarged and also saves time in navigation.

The neutral grey colour schemed app uses underlining to indicate active lanes, while the top bar is like Twitter itself. Blue readability is great and doesn’t flash so much that it strains the eyes. The Tweet Lanes app is designed on the basis of the Ice Cream Sandwich OS design guidelines, so it looks incredibly polished and pleasant in its UI design. Its UI design is very professional and the level of efficiency of it is something that everybody will notice as soon as they get started with the app. 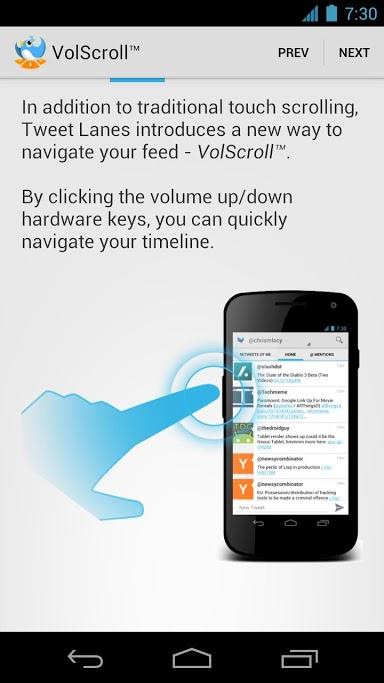 Tweet Lanes allows you to tweet, retweet and reply using the same Context-sensitive box which is a great feature. Accordingly, the Tweet Lanes app changes the top bar and bottom tweet box to allow you to multitask using just one box.

It allows you to support multiple accounts together that Twitter does not allow you to do through your smartphone. This is great for those who write under their own name and a pen name. Or even those who have one professional account and one personal account where they tweet different things. If you run one individual account and a fan fiction account, then this is pretty beneficial too.

Tweet Lanes is a brilliant Android app for those looking to squeeze something magical out of the usual run-of-the-mill Twitter experience, and those who want to make their Twitter usage faster and more streamlined. However, we wouldn’t go as far as to classify it as a must-have app just yet since there are a number of problems associated with the app that need to be addressed via future updates. Double touch sensitivity is not always recognized fast enough. There are issues with how long you need to hold down to control certain app features in order for them to be recognized. The context-sensitive box though a useful feature, can be rather cumbersome to navigate in the beginning.

The designers have though promised more features. In the full paid version to be realized, the shortcomings of this version will hopefully be solved. Until then, why not give the free version of Tweet Lanes a shot and refine your Twitter experience just a tad bit by downloading it from Google Play Store. Merry Tweeting!