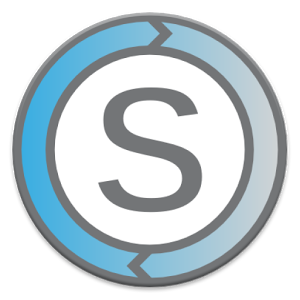 I know that the title might be a little confusing and even exhausting to an extent, for some, because you already went through rooting after reading hoards of articles about it and listening to people talk about the next level awesomeness and performance that rooting leads to. You are finally done with it and are enjoying rooting quite a lot and some of you might be wondering why you were so scared of it and that it has been the best decision of your life and all that. And then suddenly this title shows up.

Wait a minute, isn’t rooting supposed to be the coolest thing ever – the most ultimate thing that can possibly happen to an android device – in terms of performance, looks, customiZation and what not.

Don’t worry, the world and I have not been deceiving you. Rooting is still the be all and end all of an enhanced performance. Having said that, let me make a tiny and at the same time useful contradiction to what I just said.

Even after rooting, Many Android tasks run slower than they should for one simple, yet not-so-obvious reason: they consume large amounts of random data from a limited source. Random data is used to generate session keys and unique identifiers, in SSL and wifi, while starting processes, and during inter-process communication.

This data (entropy) runs out frequently, and that causes processes reading from the blocking device (if any) to temporarily stop responding (lag). These processes cannot continue until the Linux kernel repopulates the entropy pool, which takes time. In addition, input events are pulled from the user interface (to refill the pool), which may also contribute to the problem.

Thus, there is an app and its called Seeder. Seeder is a service for root users. It assists the kernel in “topping off” the entropy pool by re-seeding it with data from the non-blocking (high performance) random device. Optionally, it can also help alleviate MMC I/O contention by extending the I/O queue, allowing the I/O scheduler to make better decisions, and combine more writes. 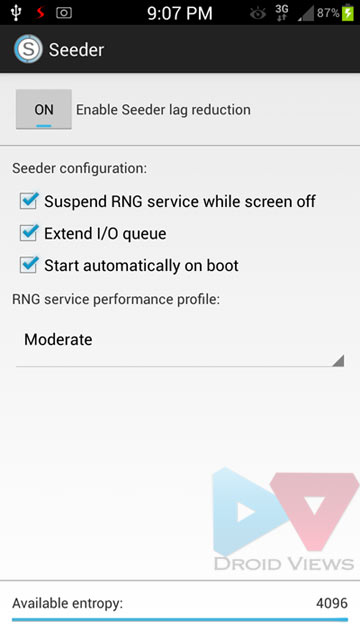 This app does not increase raw performance, but rather eliminates some types of annoying lag (ie. applications briefly freezing, jerky scrolling, delays returning to the home screen, etc). The effect seems to be more noticeable the longer the device has been running prior to activating the RNG service.

Basically, if rooting is the ultimate thing then seeder is going one step above the threshold of ‘ultimate’. So if you have ever felt that some tasks are running slower than you expected on a rooted Android device, and you have lost faith based on that then just download Seeder and enjoy a faster rooted Android device.