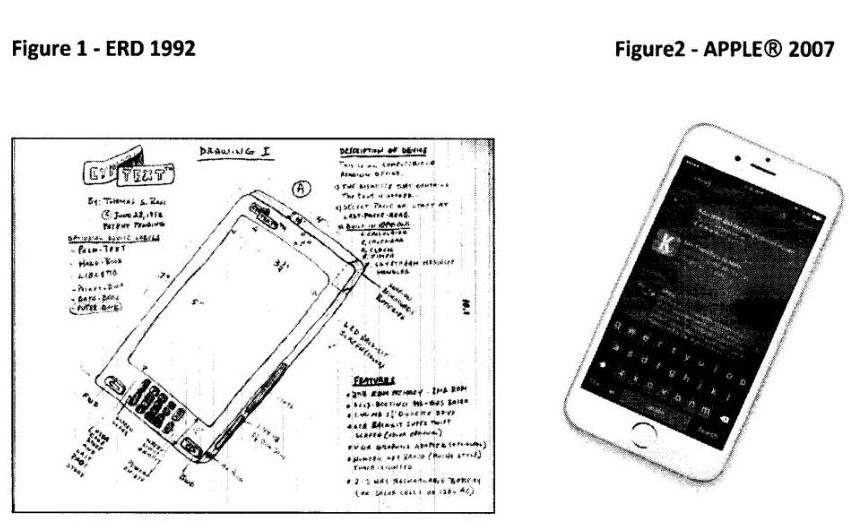 A man in Florida is suing Apple for $10 billion after he claimed that the company stole his iPhone invention from – wait for it – 1992.

That man is also asking for a reasonable 1.5% share of all future iPhone sales, which would work out to a tidy $3.5 billion a year.

The man isn’t some crazy dude, either. In 1992, Thomas Ross filed a patent for an “electronic reading device”. That patent featured drawings of an e-reader-like device, which basically resembles an electronic box with a physical keyboard, a touchscreen, solar panels, and other modern technology.

As a result of filing that patent, Ross claims he was the first person in the world “to have created a novel combination of media and communication tools.”

This story comes from The Telegraph, which is the source for the patent drawings shown on this page. 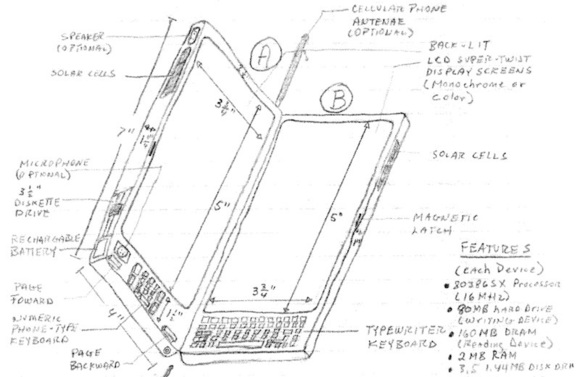 To be fair, the patent does look a lot like certain modern electronics, and it’s cool that Ross was able to envision that future in 1992. I mean, if you asked me today what a smartphone was going to look like in 24 years, then I couldn’t even begin to guess.

There’s one big huge problem behind Ross’s patent (among lots of minor problems).

The problem is that he never actually paid any fees to file the patent – something that’s required for the patent to be valid (duh).

Thus, the US Patent and Trademark Office never granted Ross any patents. The patents were officially registered as “abandoned” in 1995.

Not to be outdone, Ross waited until 2014 to exact his revenge, filing a copyright application for his drawings in 2014.

Another “minor” problem with Ross’s claim is that his patent features a keyboard. The iPhone was famous for being one of the first devices without a keyboard (although to be fair, Ross’s designs do mention a touchscreen).

Good luck, buddy. You need it.