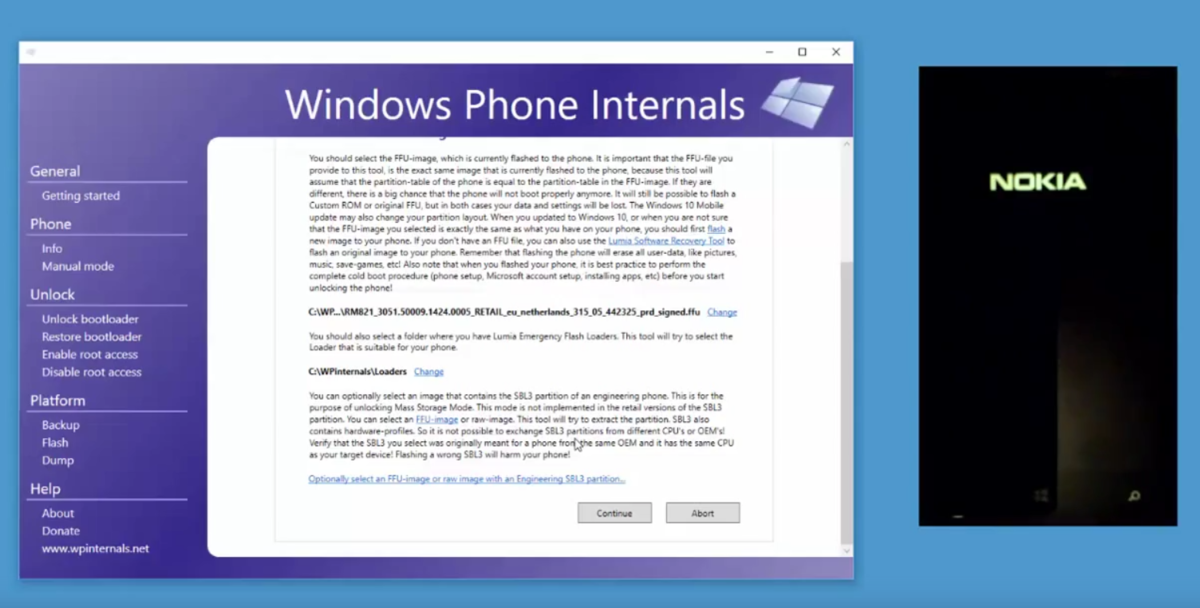 A new tool called Windows Phone Internals that lets you easily root many Lumia smartphones – even if you know nothing about rooting.

It’s been called “One Click Root for Windows Phone” and it actually does a lot more than just root.

Current devices supported by the tool include all of the following:

“My tool has just been released and cool hacks are already being created! These kind of things are really the reason I created the tool. Congrats to @TheWack0lian for this great effort. He managed to get Windows RT on a Lumia 520!”

Already, the guy who created the software is getting requests to add all sorts of Lumia devices to the supported device list.

Custom ROMs Can Now Be Created for Windows Phone

In an announcement on the subject, XDA Developers Forum claimed that the Windows Phone Internals software will open the door for anyone who wants to create custom ROMs for Windows phone.

The creator of Windows Phone Internals, by the way, is an XDA Recognized Developer and was described as “one of the Windows Phone legends”. His username is Heathcliff74.

As XDA explained it, the early versions of Windows Phones were initially some of the most customizable phones out there:

“It was one of the few, if not only operating systems that allowed modding to such degree.”

Over the years, that obviously fell out of favor and Windows Phone was replaced by Android and iOS.

However, XDA is excited to see what this tool will bring to the community:

“Ladies and gentlemen, meet Windows Phone Internals. WPI allows users to unlock the bootloader on selected Lumia phones. After this process, devices can obtain similar rights to Superuser rights on Android. This means that we might finally see some custom ROMs landing on nearly forgotten Lumias.”

How to Use Windows Phone Internals

Heathcliff74 launched two tutorial videos showing you how to use Windows Phone Internals.

The first video shows some basics of using the software, including how to unlock the bootloader and get WPI to run on Lumia phones:

In the second video, Heathcliff74 goes into a little more depth and he explains how to create a custom ROM with root access: