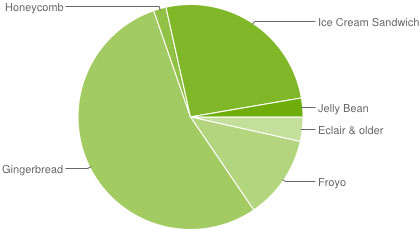 A few years ago, if you told someone your phone was running Android, they would have looked at you with a very confused expression. Today, Android is a household term, and the battle between iOS and Android has never been hotter.

But a new statistic released today suggests that the battle between Android and iOS might already be over. According to data collected by the International Data Corporation (what an appropriate name), 75% of the world’s smartphones are running Android. In other words, three out of every four smartphones in the world is currently rocking Android.

Even more significant, Android hasn’t gradually reached this number. Over the last year, the growth rate of Android smartphones has been 91.5%, which just about doubles its market share.

The IDC looked at the total number of smartphone shipments and broke down how many of them ran which operating system. Out of 181.1 million smartphones shipped in the third quarter of 2012…

-Which leaves just 10% of the market for the rest of the mobile operating systems (like Windows and Blackberry) to divide amongst themselves.

If you need new ammunition against Apple fanboys, just point em towards this 75% statistic. It’s a tough one to argue. Unless you take into account that there are dozens of manufacturers making Android devices and only one manufacturer making iOS devices. But who cares! 75% is a huge number, right?