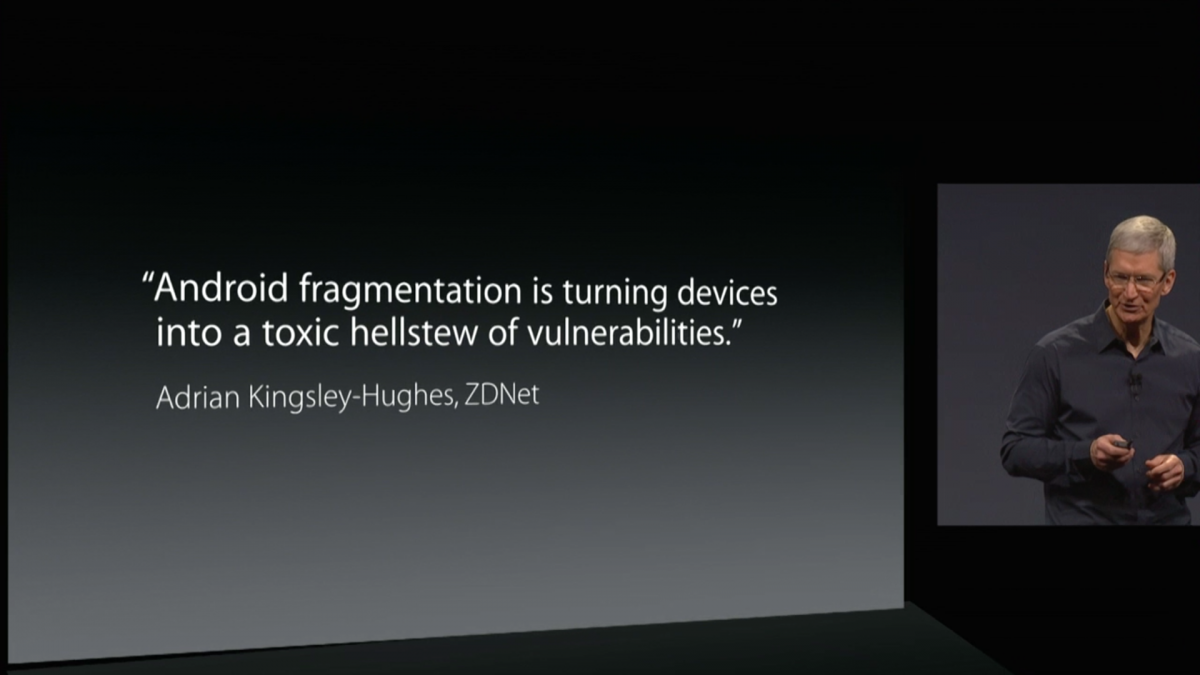 Over the course of his speech, Tim Cook repeatedly slammed Android and worked the crowd into a frenzy feeding off their pro-Apple fervor. 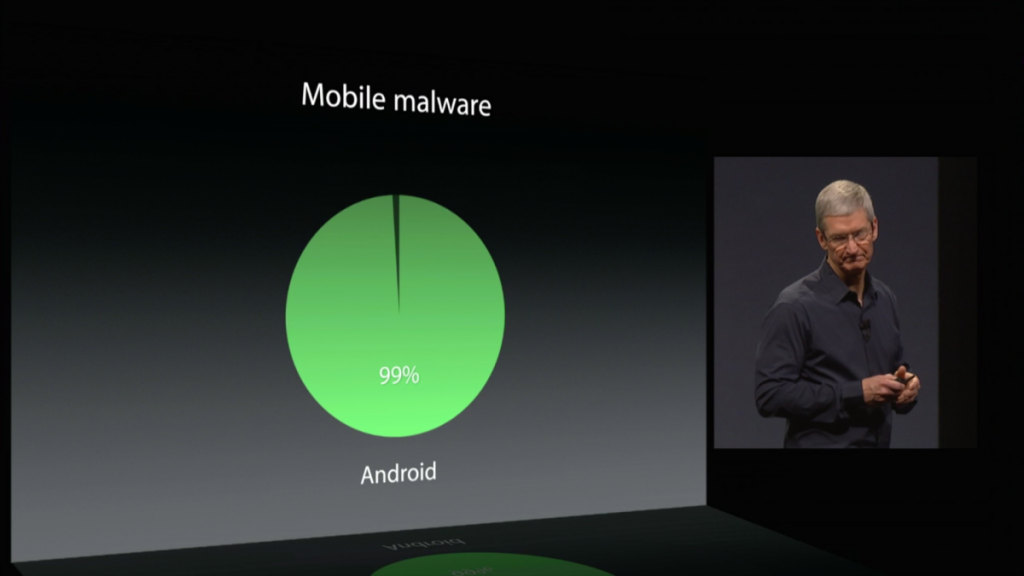 Cook, visibly intoxicated with his power over the masses, tried to explain why Apple – despite flagging sales around the world – continued to be the best company ever in the history of the world.

Here are some of the key anti-Android points from Tim Cook’s speech:

-“Over 130 million customers who bought an iOS device in the past 12 months were buying their first Apple device.”

-“Many of these customers were switchers from Android. They had bought an Android phone – by mistake – and then had sought a better experience. And a better life.” *crowd laughs*

-Cook attributes that high satisfaction rating to the fact that software updates are available to as many Apple users as possible: “This is in stark contrast to Android”. Cook then put up a graph that showed how only 9% of Android users were using KitKat compared to 89% of Apple users using iOS7. 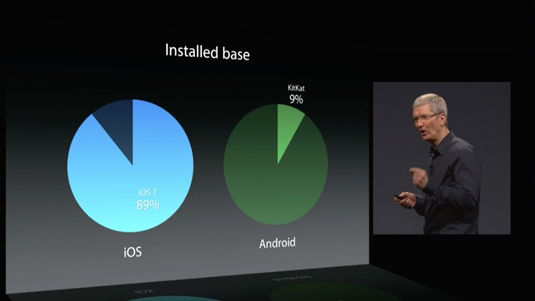 -“If you look at a broader group, over a third of their customers are running a version of Android from four years ago. That’s like ancient history.”

-Cook wasn’t done there. He went on to argue that Android did lead the mobile world in one key market: mobile malware, where 99% of mobile malware is concentrated on Android.

-Cook ended his anti-Android rant by stating that Android fragmentation was turning the OS into a “toxic hellstew” of vulnerabilities. That toxic hellstew slide came complete with flames – kind of like the flames I put on my PowerPoint presentations in 8th grade.

But as an Android fan, I need to respond to a few points:

-First, comparing iOS 7 to KitKat isn’t fair. First, Apple has fewer than 5 different smartphones available at any time. All of these smartphones are made by the same company running the same platform. KitKat was released on October 31 2013 and was immediately released to Google’s proprietary devices – the Nexus 7 and Nexus 5 – before rolling out to other Nexus devices. iOS 7 was released at the start of September 2013 and also rolled out to Apple devices. If you compared Google’s lineup of Android devices and Apple’s lineup of iOS 7 devices, that market share figure for the latest mobile OS would be much closer to equal.

-Second, Cook claims that “over a third” of Android devices are running a version of Android from four years ago. I don’t know where Tim Cook got those numbers, but here’s how the latest market share breaks down: 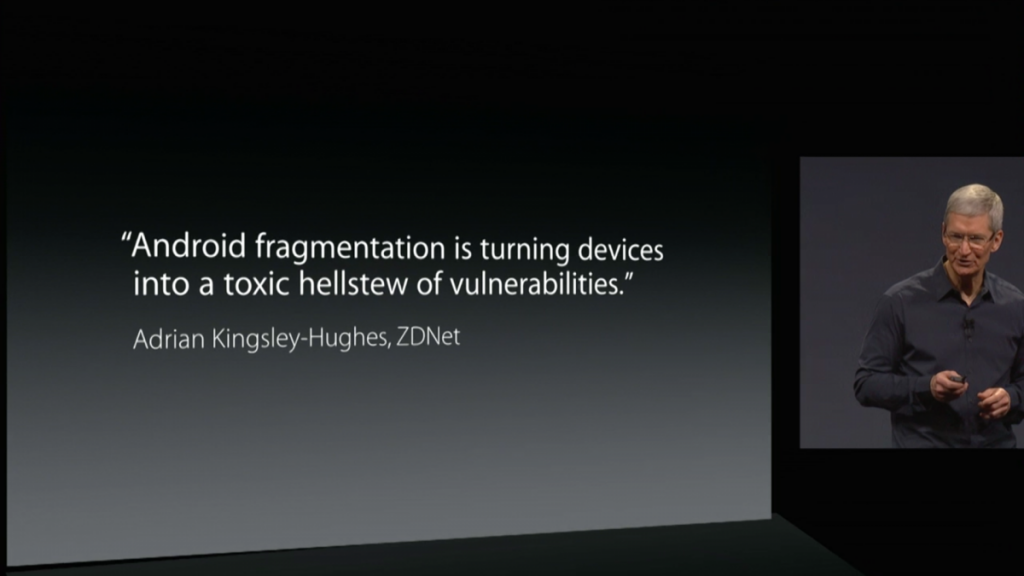 TL;DR Apple is still up to its old marketing tricks and spreading misinformation. Hey, it’s a publically traded company and it has a responsibility to wreck its competition using any means necessary. Although Apple may have converted a few people who were “on the fence”, Android continues to outsell Apple around the world while Apple sales continue to fall.

Really, the only conclusion you can get from Tim Cook’s rant is that Apple is legitimately scared of Android.