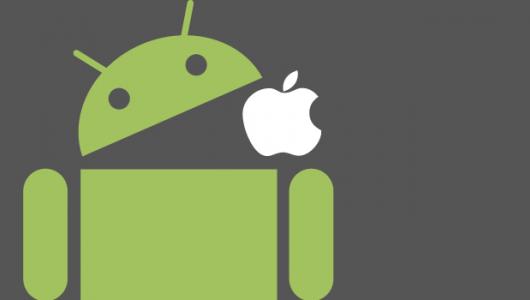 Apple isn’t going away anytime soon. They’re a massive company with a history of innovation. But if recent market share charts are to be believed, Apple could soon be talked about using words like ‘embattled’ and ‘sinking’ – especially outside of North America.

According to the latest usage data out of major worldwide marketplaces (i.e. not the United States), Android continues to dominate Apple while iPhone usage is shrinking lower. IDC recently released a report which revealed the following data:

If you don’t want to stare at a bunch of numbers and figure out what they mean, I’ll sum up some important points for you:

-One year ago, Android market share was sitting at 55%

In another data set, IDC revealed that Apple is barely even relevant in India, where low cost smartphones continue to dominate the marketplace. In India, Android has a stunning 90% market share. Apple isn’t even in the top 5 among smartphones sold.

Yes, Android is winning in Western Europe and India. But it continues to be a dogfight in the North American marketplace. Because let’s be honest: Apple isn’t going to try too hard to sell smartphones in a country where the average monthly income ($101.58) would barely even buy you an iPhone accessory.