Okay, that’s an exaggeration. But you don’t have to spend much time talking to an Apple or Android fanboy before they start talking about how crappy the competitors’ latest devices are. So who’s actually winning this crazy rivalry? Can any side be declared the winner at this point?

The truth is: Apple and Android manufacturers make some pretty darn good mobile devices. But if the latest statistics data from Time Magazine is any indication, Android is quietly edging out Apple in most important areas of the mobile space, although iOS is still dominant in some interesting categories.

Which platform is selling the most smartphones in the United States? Android 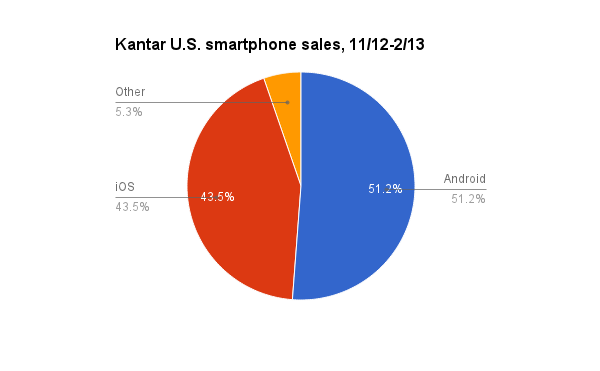 This pie chart comes from Kantar Worldpanel Comtech, which conducted research from late 2012 to early 2013. Android sales outpaced iOS by a decent margin. I like this chart because it also shows how comparatively insignificant non-Android and non-iOS devices are at this point, accounting for a measly 5.3% of all mobile smartphone sales.

Which platform is selling the most smartphones in the entire world? Android

The United States is a hotbed for Apple products. It’s the company’s homeland, and it makes sense that it would have the biggest advantage stateside. And once we look at data from the rest of the world, it becomes how obvious Android’s advantage is: 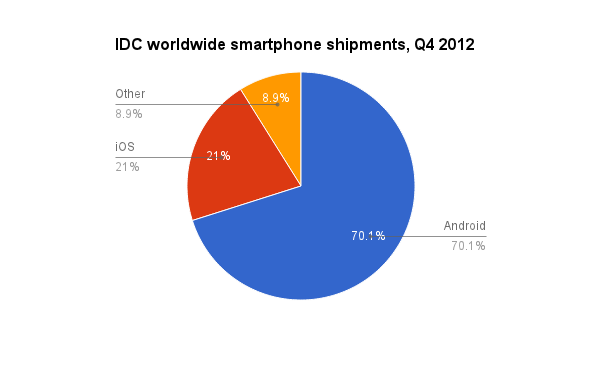 That’s right: Android accounts for the vast majority of global smartphone sales, selling 70.1% of all smartphones compared to 21% for iOS.

Which company is selling the most smartphones? Samsung 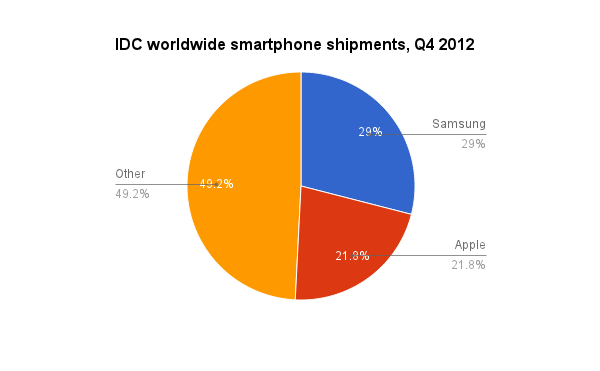 Samsung is the world’s most popular smartphone manufacturer, accounting for 29% of all global smartphone sales. All of Samsung’s smartphones are based on the Android platform. So if an Apple fan ever complains that Apple, a single company, is competing against Android manufacturers, a collective group, then just show them this pie chart, which shows that Android is winning on a company-versus-company basis.

Which company is making the most money selling smartphones? Apple

I like this chart because it shows how comparatively expensive Apple products are compared to those offered by the rest of the world. Despite selling significantly fewer devices than Android manufacturers like Samsung, Apple is dominating in terms of profit margins: 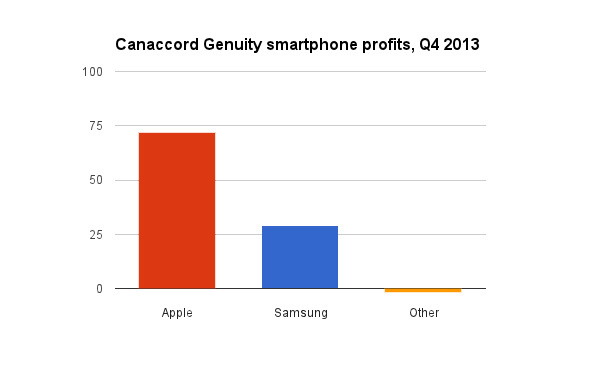 In other words, Apple has a significantly higher profit margin on its smartphones and tablets, and consumers (for whatever reason) are willing to pay this premium.

Which OS has the most apps? Tie 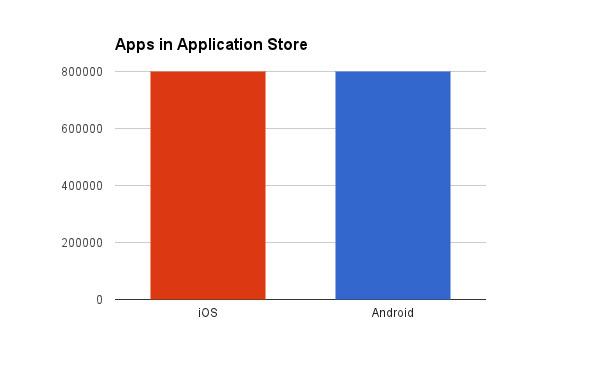 This one is tough to judge for two different reasons. First, both Google and Apple rarely release specific app store numbers, making it difficult to create a straight-up comparison. And second, because Google doesn’t pre-screen its apps, but Apple does.

In other words, the Android app marketplace accepts just about everyone, and the Apple marketplace has apps that are individually approved by Apple. So while both app stores have roughly 800,000 apps, you could argue that Apple’s “800,000” number is more significant.

Which platform makes the most money from app downloads? iOS

This statistic has been seen quite a bit over the past few years. For whatever reason, Apple users enjoy paying for apps far more than Android users. App developers on iOS generally make more money than app developers on Android, and there are hard statistics that prove it: 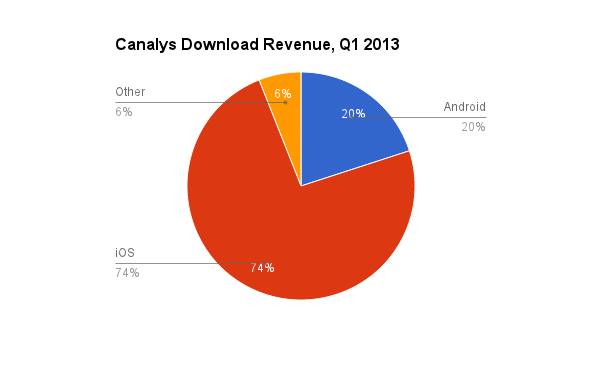 Which platform is more popular among business users? iOS

Capturing the business market is important for any mobile platform dreaming of world domination. Business users appreciate ease-of-use and security, which is why iOS currently dominates the business landscape: 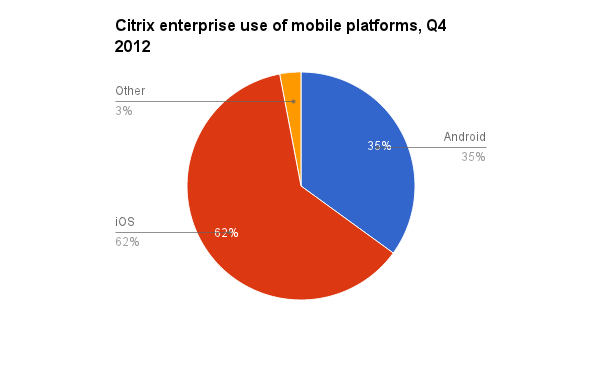 With a 62% share for iOS compared to Android’s 35%, it’s going to be tough for Android to take over that business market within the next few years.

I like how Time’s article succinctly sums up the issue:

All sources come from this article at Time.com