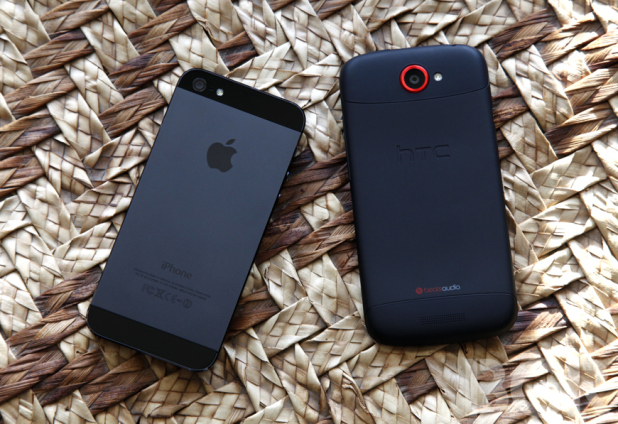 If you look at sales charts, Android is dominating Apple all over the world. Despite the near-ubiquity of the iPhone and iPad, Android sales figures have taken a big chunk out of Apple’s profits in recent years.

But there’s one important category where Android has never beaten Apple: usage.

Yes, no matter how many Androids manufacturers sell, it seems like users never actually use their devices as much as Apple users.

Sure, you can make jokes about how Apple users sit around unemployed all day and Instagram pictures of themselves on the toilet while Samsung users are busy fuelling the nation’s economy, but the fact of the matter remains: iPhone users spend far more time with their devices, and yes, that actually matters.

How much more time do iPhone users spend with their devices? 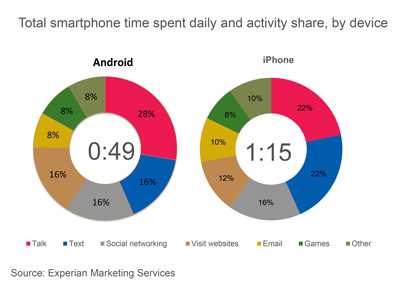 If pie charts aren’t your thing, then just take these lessons from the graph:

-iPhone users, on average, spend 26 more minutes on their phone per day than Android users. Since the total usage is 0:49 compared to 1:15, that’s a significant difference.

-Android users, for whatever reason, spend more time visiting websites and talking to people on their smartphones 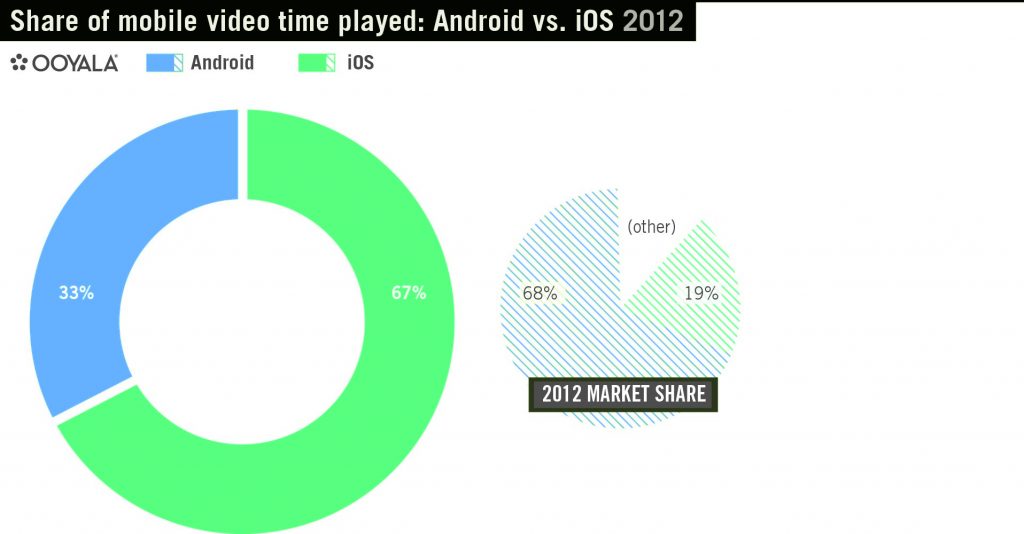 The iPhone has, for a long time, had much better app support than Android devices. Today, Android has basically caught up and surpassed the Apple app store, but still, apps tend to be released on the iPhone before Androids.

This is because, for carriers and app developers, that usage advantage plays a huge role. It means iPhone users are more engaged in their devices, and since similar studies also show that iPhone users spend more on apps than Android users, it means that the iPhone is where the best profits tend to lurk.

Apple’s CEO believes usage is more important than market share, and he may be right. At Apple’s D11 Conference a few days ago, Tim Cook stated in an interview that:

“Winning, for us, has never been about making the most.”

Instead, it’s about customer satisfaction and engagement. And unfortunately, Android is currently losing that war, which means that Apple continues to occupy the premium position among carriers, developers, and phone buyers.

What does it mean for you?

Ultimately, Apple’s usage advantage gives iOS users more exclusive access to apps and better support from carriers and developers. But I bet if we check the same data in a year, we’ll find that the gap between Android and iOS usage has shrunk significantly.