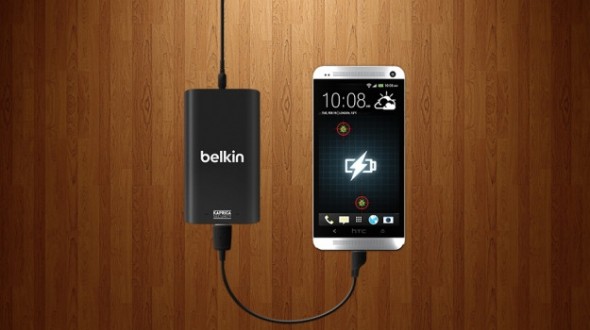 One of the biggest reasons why people don’t scan their Android devices for malware is because it’s too time-consuming. Most people don’t want to take time out of their day – or waste battery life – running a malware scan.

That’s why electronics accessory manufacturer Belkin created a new Android accessory that simultaneously scans for malware and charges your device.

Belkin has teamed up with mobile security firm Kaprica to create a totally new type of USB charger called the Skorpion. Sure, the device sounds like the name of a James Bond villain, but it could change the way Android users scan and charge their devices.

Here’s how the Skorpion works:

-The Skorpion is scheduled to perform a deep scan on a regular basis. When that time arrives, the Skorpion will power down your device and meticulously scan your system files. This scan will reportedly take as little as 6 minutes to complete.

-If the Skorpion spots any trouble, then the charger will begin to display a scary-looking red LED

-Users can tell the Skorpion to flash Android to a clean version when viruses are found, or to attempt to get rid of the single virus and malware problem

-No pricing information has been released as of yet, although it may involve a flat rate plus a monthly subscription fee for antivirus updates

Most users are willing to pay a fair flat rate for device security, but I imagine quite a few Android users will have a problem with paying an additional fee per month – especially when some of the best PC based antivirus software can be found for less than $40 per year. 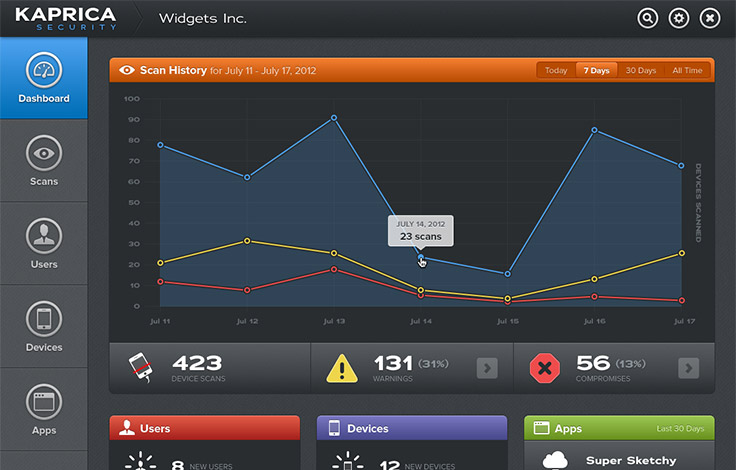 Nevertheless, in an age where people are doing basically everything on their smartphones, a built-in malware scanner is never a bad idea.

Belkin plans to begin manufacturing the Skorpion soon, so it’s not on store shelves quite yet. The release date has yet to be determined, but One Click Root will be the first to let you know when it happens. Belkin and Kaprica are also attempting to add Windows Phone and iOS compatibility to the device.

You can read full details about the Skorpion at the Kaprica official site, where the company’s entire homepage has been dedicated to the innovative new device.