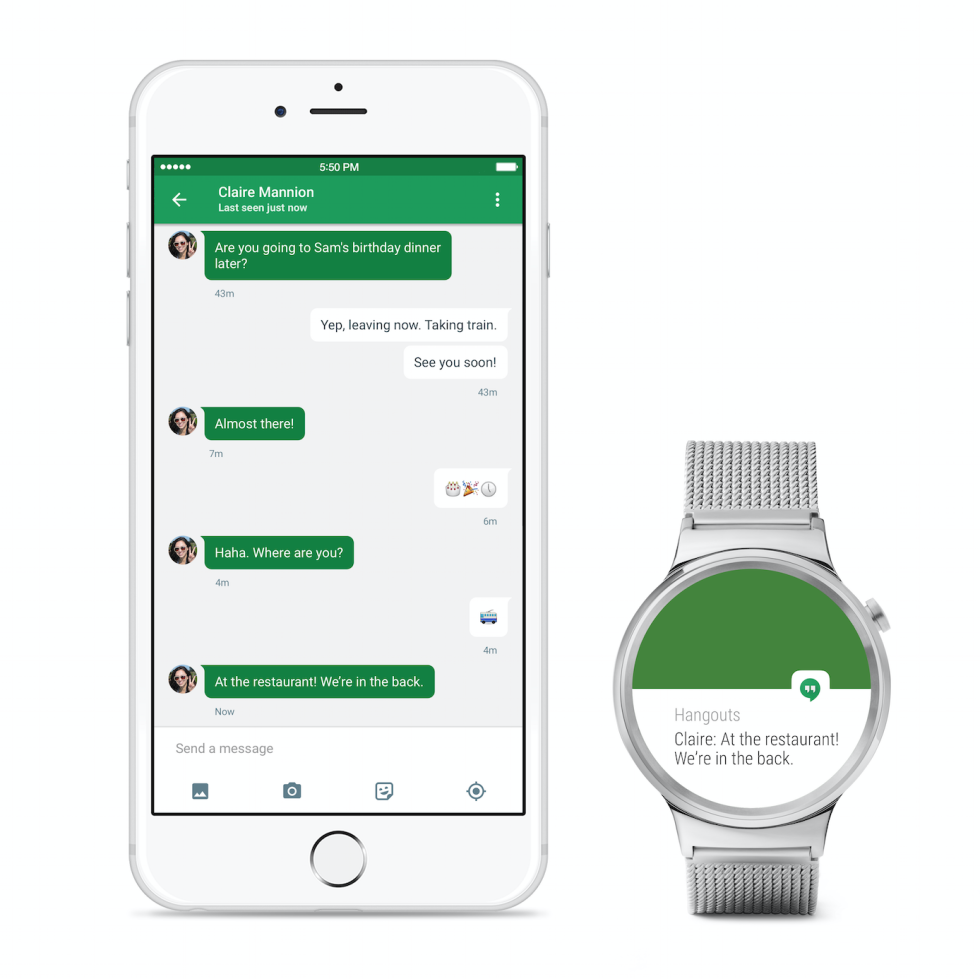 The battle lines for the Smart Wear race had already been drawn some time back. Though Apple has a definite edge having sold more than 4 million Apple Watches since the launch in April this year as compared to just over 600,000 by Google, it cannot rest easy. Google has been smart enough to play catch up and its recent move to link its Android Wear to the iPhone is yet another move in that direction.

The exorbitant pricing of the Apple Watch surprisingly did not prevent it from gaining a huge market share as of now, though things can quickly change. Maybe it was the novelty factor that helped Apple gain that first mover advantage.

Google has to compete with Samsung Tizen as well that boasts a 7.5% market share.

The reality is Android smart watches have not been selling. Google with this initiative is hoping sales will pick up as this would enable users to have the flexibility of running their device on the OS they prefer.

Google probably has realized it cannot keep going with its OS only, given the problems of fragmentation and update issues. Apple Wear on the other hand has been having things relatively easy due to its own proprietary software and non dependence on OEMs.

It is also a move to tempt Apple users to try out the Android platform, albeit still in its infancy.

Apple users may not defect to Google as yet

The new app from Google enables the linking to the iPhone so that users can with just a glance at their wrist get updates on directions, notifications and even look at emails. However, the link up is not as robust so as to allow Android users to be able to communicate with apps that a user may have already installed on his iPhone. That will not motivate iPhone users as yet to go for an Android watch, till Google can find a way to overcome this hurdle.

Google will take heart from the fact that as compared to the ultra expensive Apple Watch, it is affordable and that may motivate some iPhone users to try it.

The target segment is a different one

As per Google, they are looking at a target segment of users who will not mind exploring possibilities with their devices. These next gen watches will also work with Asus ZenWatch 2 and Huawei Watch. There is also the $300 tag of the Urbane, made by LG that is compatible with the iPhone that Google will have to contend. The advantage though is that these watches from Google will work with older OS of the iPhone such as the iOS 5. This move by Google is considered a smart one by analysts and should help it consolidate its market share.