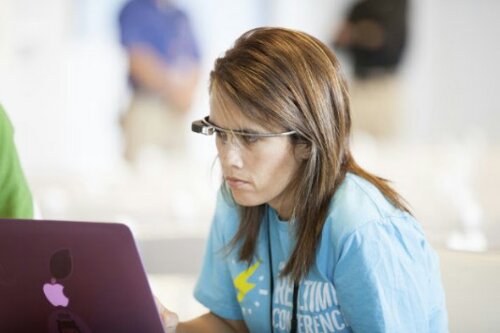 Google Glass is currently being tested by ‘explorers’ across the United States. The flashy pair of spectacles come packed with more hardware than most computers had a decade ago, including a 5MP camera and 16GB of internal storage.

Like other hardware devices made by Google, Glass runs Android. But unlike almost any other Android device in the world, Google Glass has remained impervious to all rooting attempts thus far.

The problem with the TI chipset is that it appears to be too simple to root. Seriously. That’s what’s preventing developers from unlocking the full potential of Google Glass: its simplicity.

And we’re not talking about small-name Android developers here: the creator of Cydia, the infamous third-party app store for jailbroken iOS devices, was able to make significant progress on rooting Glass but wasn’t able to complete the process.

Rooting isn’t the only thing we can’t do

Surprisingly, nobody knows the official tech specs for Google Glass – or at least all of them. Since getting inner access to Google Glass remains difficult, developers haven’t even been able to identify the exact hardware on the device. The processor speed is suspected to be between 1 and 1.2GHz, and although Glass reports that it has 682MB of RAM, the total might be slightly higher than that at 1GB.

In any case, once Google Glass is rooted – and it will be, eventually – the world is going to be in for a treat. Or it could be in for something awful – what happens when somebody manages to hack the Google Glasses on your face? They could monitor everything you do.

Or, hacked Google Glasses may just be used to activate Wi-Fi tethering and other rooting advantages. Who knows?