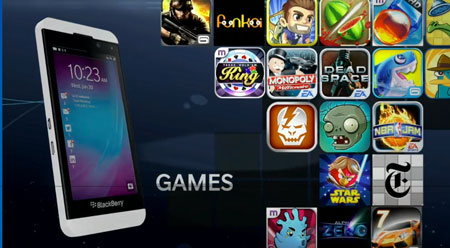 We’ve all done this as kids, as teenagers, and even as adults in malls, motels and places all over the world that would take us to the table of slippery glory that gets your competitive juices flowing and get you on your toes. You may remember playing it till the clock strikes time to go home or before you’re all out of coins to play with. Air Hockey’s the name of the game that everyone secretly wishes rocking out your weekend evenings out with friends instead of another night out at the movies or your local pub.

Well, guess what? The magic is now right in your hands, probably not as much fun as the real thing….but hey! You’ve got another thing coming if you think this isn’t going to be fun. This game designed by Words Mobile is pretty much on of the most popular games for Air hockey on the Android space.

Now, for the miniscule amount of those of you who aren’t aware of how this marvellous game is played, here’s a quick sneak peak to get you warmed up.

A board at the centre of the room has the smallest of holes in it that emits air out of it. The puck as is in real ice hockey is placed on the table freely floating above the area and moving at pace when struck by the mallet on your hand. Your goal is to ensure that he puck makes its way right passed your opponent mallet into the slot on the board at his/her end that culminates into you scoring a goal.

Thus begins the process of striking the puck continues indefinitely till one of the players scores a goal. The score is kept and the player who reaches 7 goals first wins the game. Simple isn’t it? 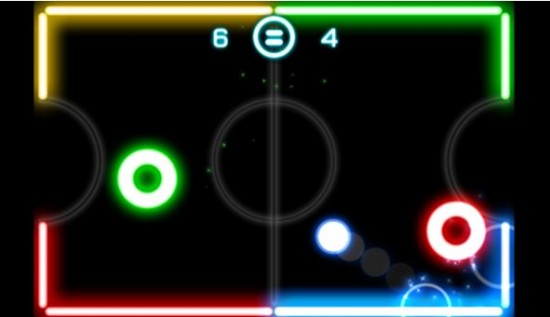 The same goes with the game on your Android devices. Only the mallets in the shape of a joystick are controlled by the touch on your device that is controlled by you.

The goal is simple – strike hard, strike fast and battle it out for every point!

The best part about this vibrant Android-based game is that the simulation within it and how you can play with the interface to make everything around you look cool which otherwise in person isn’t available to do.

The Glow Hockey Android app above allows you to change the skin and theme of the game to give you multiple feels to the game.

You can also play the game when alone by choosing 1 player where the computer plays against you. You are of course allowed to choose the level of difficulty.

The graphics sported by the Glow Hockey Android app are super slick with glowing sides and a black board, An icy look with a board looking like you’re playing on a surface that’s in Antarctica, A simple board that looks like a table tennis table and the classic sand paper finish give you six of the snazziest of skins to play upon and get the puck flying.

In addition to that, the game has sound effects to set the tone smashing so that you’re all in the mood for an air hockey extravaganza.

The game is supported by over 25,000 individuals alone who have given it a 5 star rating and another set of 10,000 other with reviews that will make it evident that Glow Hockey is one of the best air hockey apps on the Android space. So get out there and outscore your buddies anytime you want!

So it’s a hard day at work, or maybe you’re in the bus or in the metro travelling to or from a particular important place you had to be at. You are tired and frustrated and need something to do. So what do you do when the newspaper in your hand doesn’t interest you much and you can’t really find the best kind of people around you to talk to? It’s simple! You whip out your Android device and get your game freak on with Magic Point.

Magic Point Lite is one of those typical Android games that will occupy you till the end of your virtual journey and continue entertaining you right till you reach from A to B. It will see to it that you have completed the entire game.

This is so because the game is relatively short and sweet and serves the purpose of fulfilling your time when you’re bored and have nothing to do.

Unlike conventional no-brainer button-mashing games, Magic Point Lite is a mind game where you need to apply your math brain to an extent and the analytical side to it in the rest.

Once you launch the Magic Point Lite app, the watery blue color of its interface will automatically soothe your eyes and you’ll be lured into clicking on the first of the following three options:

The About section will tell you all you need to know about the game and how to play it, but you won’t need to hit that button once you’re done reading this.

The white button that says play will lead you into a simple level section button which starts with level 1 that you are required to unlock.

As initially mentioned, the Magic Point Lite game is small and thus you will see only 1 levels to unlock but the nature of the game is such that you will want more of it even when you’re done.

Now once you dive straight into level 1 what you are required to do is follow a simple pattern. The pattern is basically a grid of 5×5 squares and a design that has random dots scattered covering one box each.

This pattern has an evident shape to it. All you have to do is follow the shape.

The first three to four boxes have the shoe moving in a particular consistent direction.

You job is to detect and identify this movement and choose the most appropriate option from the list of four options given below and it’s as simple as that.

You can see the level you are on at the bottom and keep progressing as you strain your cerebral cortex on the puzzling of the puzzles. The game is a perfect time saviour and you know by then that you’ve added some bit of value to your time.

The puzzle evidently gets tougher as you progress and unlock each level one by one.

A common complaint is that the game is too short and could have provided for more than just 10 puzzles, but the purpose is to kill your time in the most constructive way possible when you are at a loss for things to do, and the Magic Point Lite game does exactly that.