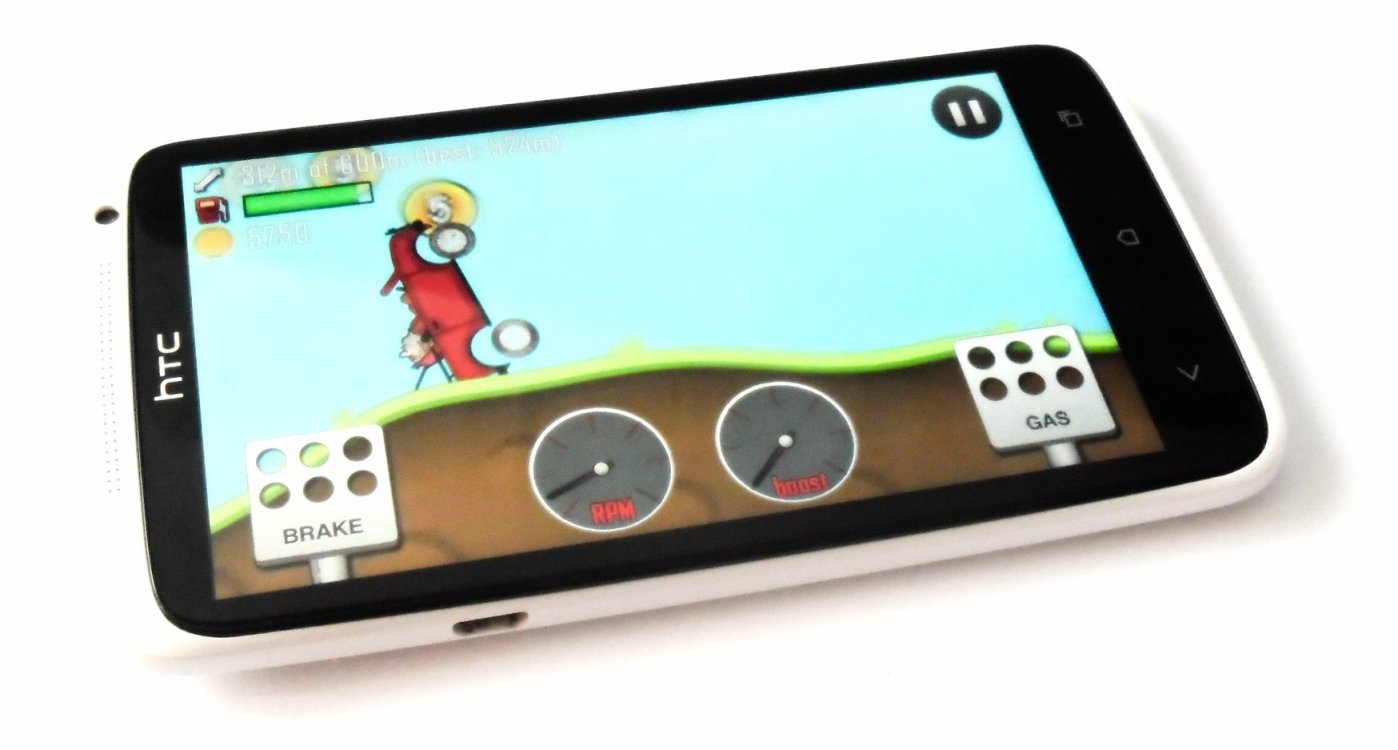 Get your balancing act together with Jenga

Jenga! The crazy not so jungle game, although that’s what the name of the game makes it sound like is by far the one of the most nerve wrecking, jaw dropping, fist-clinching and exhilarating game to surface the earth for long time now. The revolutionary game as we all know is a one of a calm mind with wit and a little bit of foresight and innovative thinking that results in the wackiest of designs presented right in front of you, many of which you wouldn’t even be able to believe. 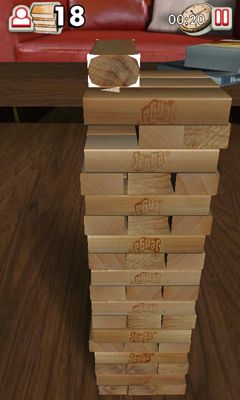 For those of you who don’t know what the game is about, it is a physical game played with rectangular-shaped blocks. These blocks are placed one on top of the other and each alternate level is placed perpendicular to the one above and below it. If you’re confused, simply have a look at the image below and you’ll know how these blocks look and how they are placed. This structure continues till you have consumed up all the blocks given to you in the game.

The objective of the game is simple. Balance till you can and don’t break the building before it’s too late and you have pay. Each player will take turns and pull or push out a rectangle from a place on the set of blocks and continue till you reach the end. And what exactly is the end? The moment someone drops the building of structured blocks!

It’s fun, exciting and keeps you screaming and shouting cheers and cries of, “Hey! Be careful!” and “No! No! The other way! The other way!” will be a regular part of your Jenga experience.

With a simple pinch of a block or a tap and a touch on your Android screens, you can do all the very same actions that you could on the regular game when you played it with your friends.

But the platform here is totally different and with Android as the OS, you know you can expect some pleasant surprises your way. Each block signifies some points and the really hidden ones, of course carry the most. The higher the level of danger, the higher the number of points allotted to the remover of the block, and the more careful you are, higher the points you garner as you climb to the top.

The game is in 3D has real time simulation with laws of physics added in there. 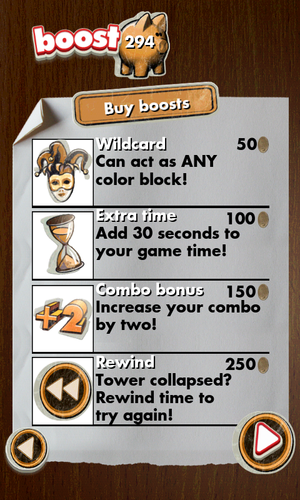 The fun recreated in the game is just the same with the depth of the blocks and the finer touches affecting the positions of the other blocks.

Competition works best and thus the game has simulated a feature that lets you see the height of your friends tower if he is playing elsewhere.

You also earn coins which you can spend on special boosts like collapse reverse, multipliers, and wildcards.

If you’ve played the real Jenga, you are sure to love this with its 3D features and realistic imagery that its digital counterpart looks so real and fun to immerse yourself into for hours.

Play the vocal game of charade with Taboo 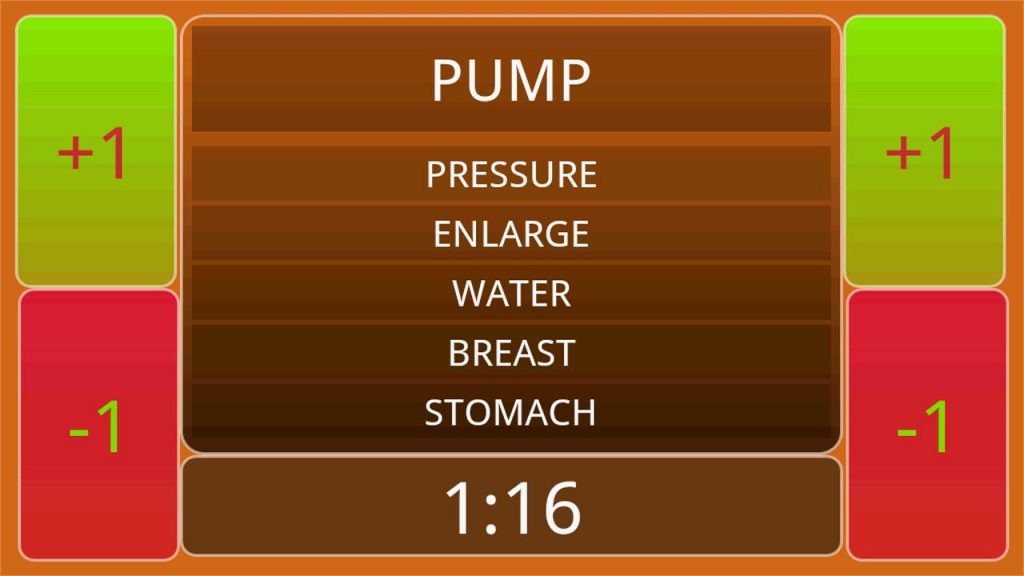 We’ve always swung around and out in some extra time at a party just to hang out and play our favorite game of charade enacting out movies and waiting till our team guesses it. The game of wit, quick thinking and even better acting took us on a journey like no other and made for the best time-spent in a group, ever. What it also did is made us smarter and more open to ideas that changed the way we thought for the time being at least if not forever.

A similar such game that will take you on a power packed journey is Taboo. Only here, the movies are simple words from everyday life, and the game of charade is reversed. This fun packed game tests you and keeps you at the end most end of your mind faculties and ensures you’re paying 200% attention. 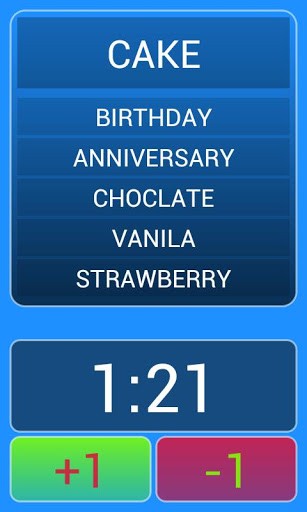 The game is simple but it’s the Taboo words that make it all the more interesting. Just like in the card game you played live the Android app replicates all the nuances of the game to structure it into one coherent game that can be played at a party, at a gathering, a family dinner and a lot more.

The game’s key concept is based around a single word that can be used and interpreted in many ways. The objective of a team player is to ensure that his/her team gets and guesses the word that is displayed on the card by speaking out loud as against acting. Obviously the main word can’t be said but other words implying the main word can easily be explained.

But don’t forget the Taboo words. These words can’t be said either and the fun of the game is the strategic construction behind it. For instance if the main word to be guessed by the team is “Obama” the taboo words will display USA, President, White House, Washington DC etc.

The objective is to have your team say out the word Obama by you giving out references to the main word “Obama” without uttering the Taboo words. Not even so much of a “Pres…” will be allowed as a cheating hint.

But that’s not all. Your objective is to beat the times and make sure you get as many words within the allotted time span.

To make the game fair and to ensure the points are allotted correctly there even is a “+1” and a “-1” sign at the bottom for you to gain or lose point. You can also ‘pass’ on the word to move on to the next.

The game is interactive, intuitive and packed with oodles of fun-filled features. It is especially fun when played in a group of many and having an enjoyable lies in playing and taking turns over and over again.

Taboo is exciting, enthralling and has you shout out more than a cheer or two when played in its truest spirit. So go ahead, download it for free from Google Play Store and enjoy!