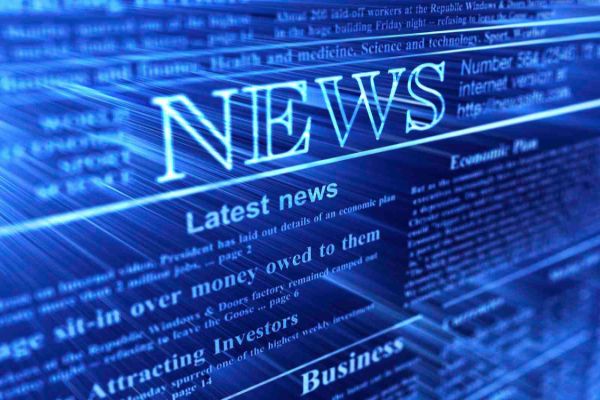 Here’s an app that is probably the most celebrated for the kind of data that it gives out to the reader. Pete Cashmore and his team of insanely uber cool tech geeks and Media news fanatics come together each day to give you news that matters to not only you but everyone around you. Mashable is an Android app that innovates not only on the tech news publishing front, but also on the Android app market. Mashable is an Android app that’s right up there and we daresay it get less than a complete 5/5.

The Mashable app has a different look and feel together. Using the typical attractive and well researched color blue to adorn its interface, Mashable presents to you data and news in a different format all together, till date not one app yet has been able to mime.

The main screen enters into the home screen that has three major categories: 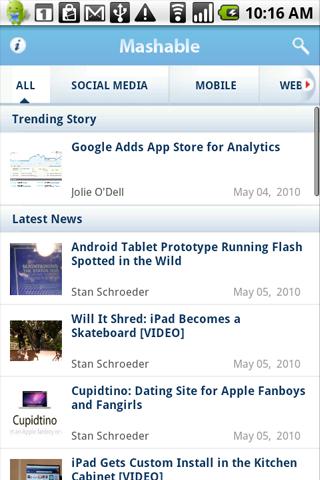 Now the team of developers at Mashable have devised this entire app in such a way that the algorithm picks up news and sees where it is going. The more it is shared and circulated, the faster it makes it to the Hot Section.

This section has huge tabs with the heading under it in a list view so as to show you that these are the ‘Hot’ categorised articles.

A great feature is the fact that you can share articles directly from the home screen without having to go into it.

The ‘Rising’ tab that you come across when you swipe to the right has the same look and feel with smaller thumbnails but with a graph that shows you the movement of the article in terms of popularity.

Finally the ‘New’ tab simply shows you the newly hit articles all that are published by Mashable authors all of which have a solid standing in the market.

To the top right, you can see a bar that takes you to the search tab integrated into the app.

Below that you have categories for:-

Each of the categories takes you into its respective page and the interface is just the same.

Another extremely cool feature is the Mashable Velocity alert. Here the algorithm that has been designed by the team tell you what’s about to break the charts.

Mashable also has push notifications that come as a part of your newsfeed especially when something important hits the market.

And how exactly does that happen? From the Mashable velocity alerts of course! 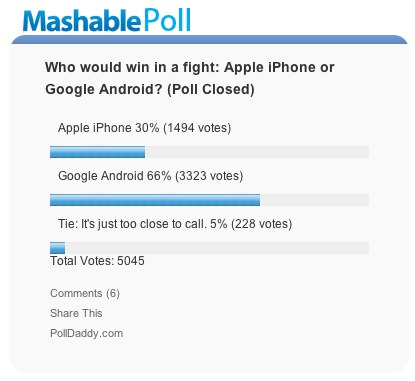 The Mashable app has been rated as one of the most downloaded apps and with newer innovations that follow the Android app, it becomes difficult to put this one down. The newer version has also been fixed for crashes and bugs for lesser crashes and lesser load on the processor.

The size of this informatively ginormous app is a mere 1.7 MB, and it is compatible with smartphones and tablets that utilize Android 4.0 OS and above.

As one of the leading disseminators of tech industry news and trends, this one’s a keeper for sure.  So go ahead and download the Mashable app for free from Google Play Store. 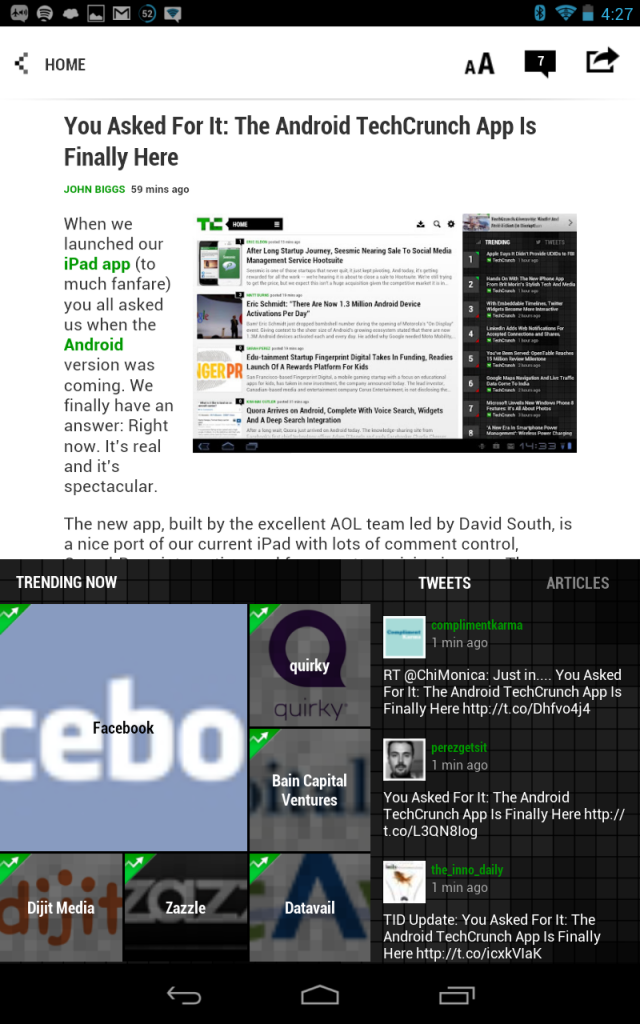 The organization that reviews and gives rating to other apps – Techcrunch has its own thing going on the Android platform. The app as just as good as

the mother web based tech news disseminator on the internet bring s to you every single thing you need to know in the tech world and only dies it in style. All you need to know about Apple’s new OS upgrade or Snapchat’s valuation is all available here with fresh news from all over.

New start-up in the Silicon Valley? Check. New Facebook or Google takeover? Check. The mother of all apps that goes around ranking other apps in its list….well, here’s where all the magic happens! Techcrunch is a factory of good reviews where people from all over the world look up the hottest launches and discussions from all leading tech companies.

The Android app version of Techcrunch too is designed in a way that makes for extremely easy usage, especially if you are one of those tech fanatics who scan the website every day without fail. For the few of you who are unaware of Techcrunch, navigating the app may just be a little less informative until you get used to its fast-paced news streaming.

But for the majority of the rest of you, you will be able to identify the areas of interest almost instantaneously.

The page opens up in the home page in all articles queue.

Here you have a list view of the articles and all in ascending order, with the ‘minutes ago’ written down alongside the author, The image to the left with the number of shares and the title of the article that follows.

The Techcrunch app arranges the hottest news that is getting the world buzzing right next to the Trending page that can be accessed by a simple swipe of the screen. With ranks given to each article in the list, you know exactly what the must-see content is on those charts.

The next tab is the ingenious Social Media mix that has a list of all the relevant tweets on a list for you to see with links and tweets from multiple arenas and publications, Blogs and news channels alike just so that you have a holistic view of everything and don’t miss a thing.

You can slide further to check out the video section of news with their titles in a neat list format.

Throughout the journey of swiping, you have the following categories that you can choose from:-

Once you enter into the article, you can see a list of 3 different font sizes depending on the readability and ease in view.

You can hit the explore button to be taken in to a world of similar articles and swiping to the right will take you to tweets that have the same article in it.

You can use this to broaden you own twitter followership as well. As good as the multi-award winning website, the Techcrunch Android app does it full justice and delivers a flawless, streamlined tech news source to its readers.