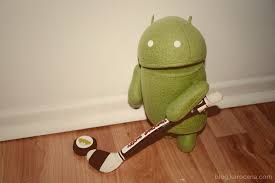 Behold the Official Hockey App for the Season – NHL GameCenter

The hockey season has started and if you aren’t glued to the idiot box, well then you’re missing out on a lot of excitement. For whatever excuse you have, make sure you’re done with it fast because the official app for the NHL is here. With insights into the world from the top authorities, the NHL GameCenter is here to make sure your time away from the TV has some worth. As soon as your team hits the ice and the buzzer blows, you will have access to play-by-play action coverage of the game as it progresses.

On launching the NHL Game Center app, we are introduced to a slick and neat interface in shades of black with score boards and stats all over to display the latest from the MHL world. 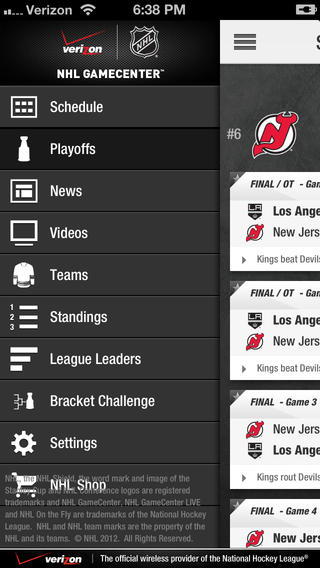 Best viewed on Android tablets the score board and the related news in the front of your screen.

The screen unfolds on the left the following:

Beside the list above, the on-going and important recently occurred games are displayed in a box as per Western conference of Eastern conference. The games within that with each team’s rankings beside that are mentioned and even to the right of that are detailed game stats within the above mentioned game with match wise scores and quarter wise score highlights.

On diving deeper into the game, you see a screen with the field displayed with players and their heads representing respective positions taken on the field with the score and a tab that lets you watch the shots of the game on clicking on it.

Below that you get the stats and news for: 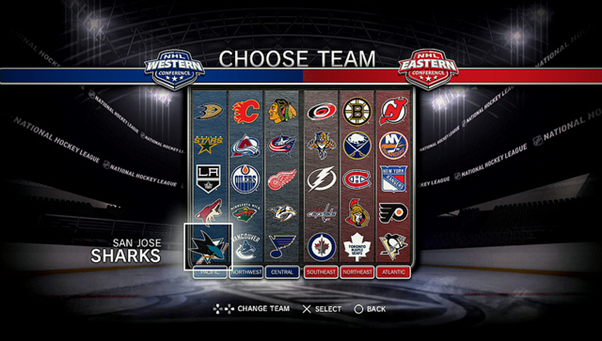 On the right of that you get news, reviews and twitter feeds that are integrated into the NHL GameCenter app with player stats.

The news section replicates the interface of a typical news app that has lists of news with the photo at the top.

You can also click on a team to see what’s next for the roster regarding their schedule, player stats, shopping and tickets.

You can customize the NHL GameCenter app for it to select and give you your favorite team stats and picks form the season and the tournament on the whole. These are permitted up to the extent of 5 teams.

Additionally, you can set up game alerts through the NHL GameCenter app too.

Move a step further with the premium version which allows for live radio news and in game highlights and reviews.

The above can be accessed through multiple devices and whether or not you are on you phone or device you’ll never miss the hard core action.

Ardent hockey fans love sharing team scores on a play-by-play basis and it is extremely important in the world of sports for such fans who are stuck in the middle of work or a meeting and are unable to access their televisions and phones to keep a track of the games. This is why you should never forget to make maximum use of the share button that helps you share all the content across different social platforms to spread the word on the game as it progresses instantly.

The official Android NHL app is powered by Verizon, so go get it now and follow up on your favorite hockey team wherever you go. 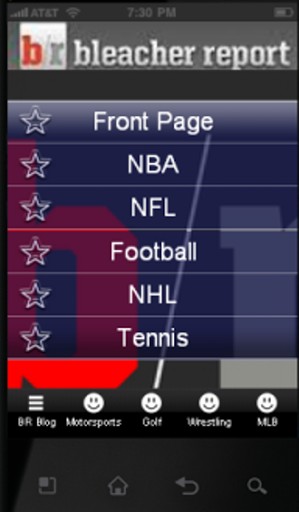 The season has started and come September 1 the hockey madness has hit the field and your TV sets in full glory. Coverage for news related to hockey and updates related were restricted to fans waiting for that friend who was glued to the TV to go and tell them what happened at the game or that radio coverage they all were waiting for to declare the winner or even the news to see who had possession of the puck throughout the game and who the man of the game was.

Today, of course with the game play being broadcasted and covered over a massive variety of platforms, users have a lot of sports content to follow up on. With our Android devices available at the tip of our hands, things are a bit different now. And different how? Well, the Bleacher Report Android app shows you what’s up by bringing to you the world of sports on your Android device at the touch of a button. All you have to do is wait for the game to end to have a volley of news that streams up your data feed.

On downloading and launching the Bleacher Report Android app, the first thing you see is the striking black user interface that sets the sporty mood from the very start. What sets it apart as a universal sports news app; the interface reflects exactly that through its uber-professional looking theme.

The screen on to which the app is loaded presents an image covering half the screen connecting you to the actual news. Further to the sliders down reflects broad categories of different news and reviews from games e.g. – the ‘NHL News’, NBA news, UFC, etc.

On entering a particular news or review a detailed write up of the game is visible that you can scroll and view images aligned to the article.

On clicking on a particular category, the latest game in that category shows up the score in a box format of a typical game score-board the time and the season details are available. 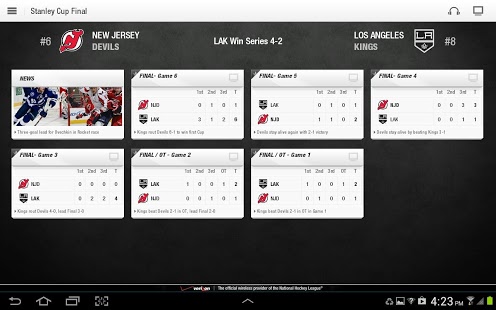 Below that are a set of news that come in the form of bleacher news reports, web sites, news stories, tweets, blogs, local newspapers etc.

The best part about the Bleacher Report app is the integration with multiple networks across the spectrum. This enables the user to be the first one to know what has happened, whether the game is over or not.

Further to that, you can add in your favorite teams and get the best real time and hand-picked notifications from the world around you. The advantage of this is that you have all the data that you need at the center of your screen so that there’s no on-field or off-field action that you can possibly miss. These updates also include a whole load of YouTube videos game stats and graphs, analytics and scores, reviews and expert panel comments on the game and what needs to be done next.

Adding in your favorite team customizes the data and team scores that are available to you and for the true hockey fan inside you the app isn’t anything short of a rocker of an app for all your ‘The ultimate NHL fan’ related news and updates.

With sharing made all the more easy through the simple share button on the app that integrates all your important social networking profiles, you can make this NHL season more fun and engaging than ever with Bleacher Report.